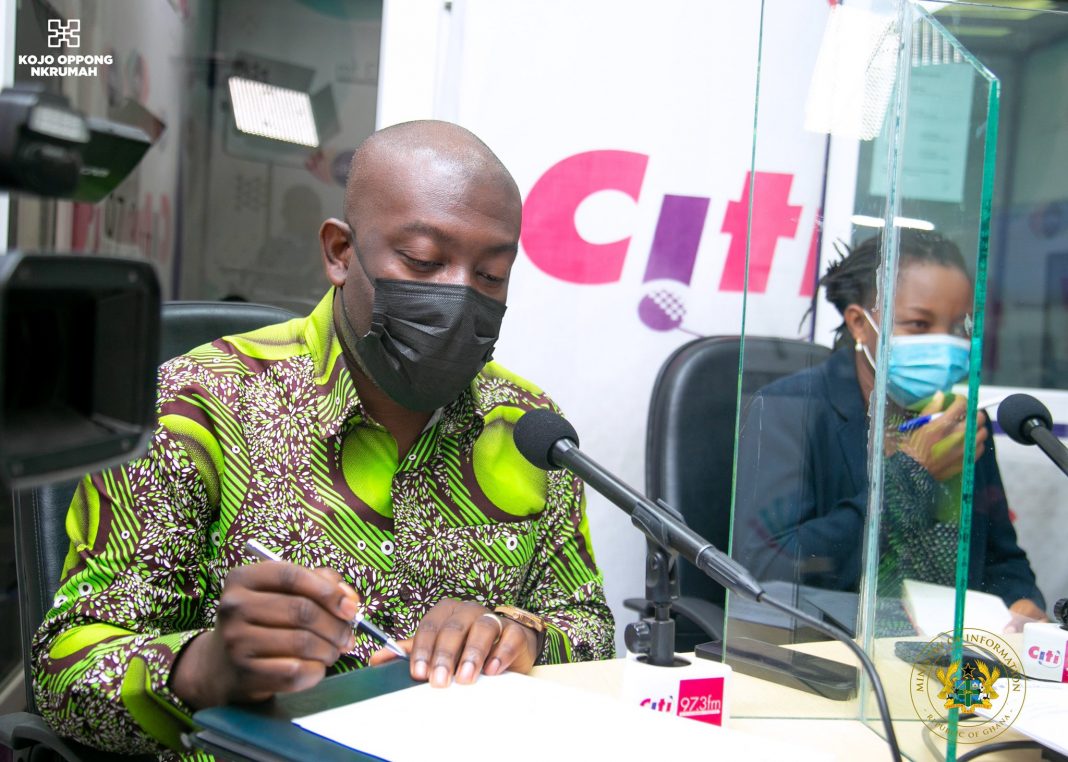 Information Minister, Kojo Oppong Nkrumah says although government had earlier insisted that seeking a bailout from the International Monetary Fund was not an option, it had no choice but to take the decision.

In an interview on the Citi Breakfast Show with Bernard Avle, Mr. Oppong Nkrumah said the E-Levy, which was government’s solution to Ghana’s economic crisis, has not done as well as expected so far because it has faced stiff opposition.

He explained that the tax, just like any other revenue generation measure, will need to be given time to be widely accepted.

The Information Minister explained that government had to take immediate action to alleviate the suffering of Ghanaians while the home-grown solution gains momentum.

He noted that governemnt’s decision to go to the IMF for a bailout does not suggest that the E-Levy has failed and should be scrapped.

“Why did we intensify townhall meetings in the first place? Because four months after this was proposed, it was still hanging because of some of the scenarios that were happening in Parliament. In this country, [when] we put fiscal policies before Parliament by November, we expect them to be passed by November or December. This makes it pick up and reach optimal levels by the first quarter of the next year. We put the E-Levy before Parliament in November, it took about 4 months for it to be passed, and then we still have the loopholes that we projected to be fixed by the 1st of July.”

“Whenever you introduce a revenue measure, it takes a while for it to hit its optimal level. Moreso, the E-Levy has had some loopholes that have to be plugged out by the GRA. The Levy has been heavily bastardised, and so people try to avoid it, and so we are unable to get the full value of what we are looking for. We will have to give it room to reach its optimal level. While at it, we cannot wait for it to reach that maximum level because we have obligations to meet.”

The Ministry of Information on Friday, July 1, 2022, announced that President Akufo-Addo had given approval for Ghana to begin engagements with the IMF for a bailout. The ministry said the Minister for Finance, Ken Ofori-Atta will be leading the negotiations with the IMF in the coming days.

The news has been received with mixed feelings, as it comes as a major U-turn by the government after it vowed not to ever go under an IMF programme.

Ken Ofori-Atta said the government was settling for a homegrown policy instead of an IMF programme.

The homegrown programme included the introduction of the E-levy, which has fallen short of its projected revenue target so far.