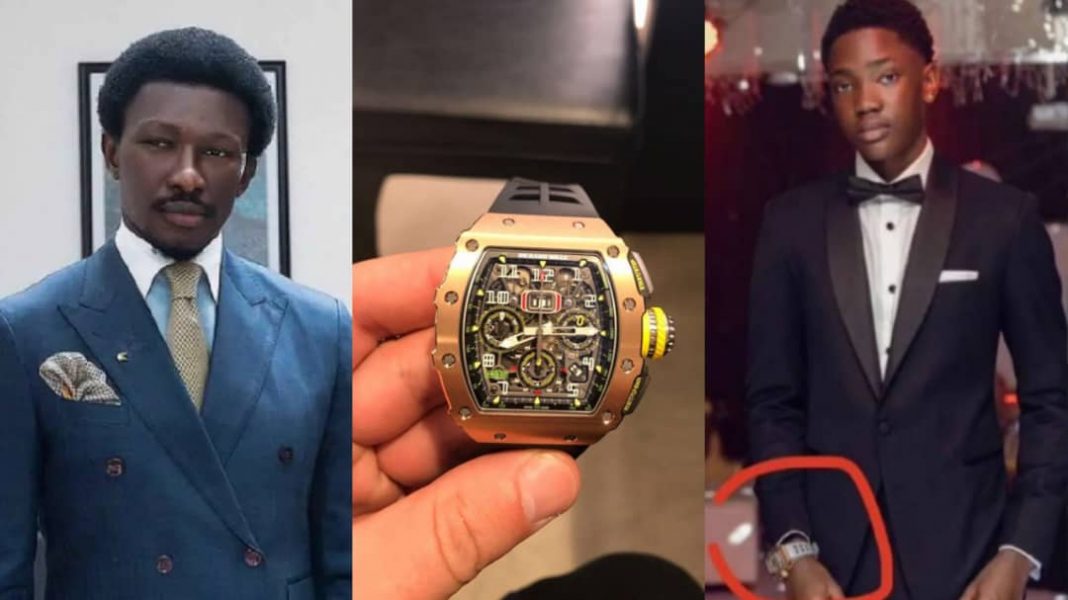 Goddy, Son of Nana Bediako Cheddar, has replied critics who believe his father was too extravagant by letting him rocked a $300,000 wristwatch at the GIS Prom Night back in June.

In a clap back at naysayers, Goddy stated that his millionaire dad worked hard for his money and therefore can decide on ‘whatever’ to do with it.

“It wasn’t anything planned. We didn’t mean to go viral or anything. We just had a normal prom. That is our normal way, it is just a lifestyle…it is our parent’s money. They worked hard for it, therefore, they can do whatever they want with it.”

According to the teenager, he personally requested his father’s Richard Millie watch for the special occasion which had many of his friends making headlines for the display of wealth and style at their Prom.

Speaking with YouTuber, Ike Anderson, Goddy disclosed the worth of the watch that made him go viral on Twitter, adding that only “big boys” can afford to own that piece.

When questioned on why his father spent a fortune on just a wristwatch he answered saying: “It is my father’s money and he can do whatever he wants with it. He worked hard for it and therefore he can spend it whatever way he likes.