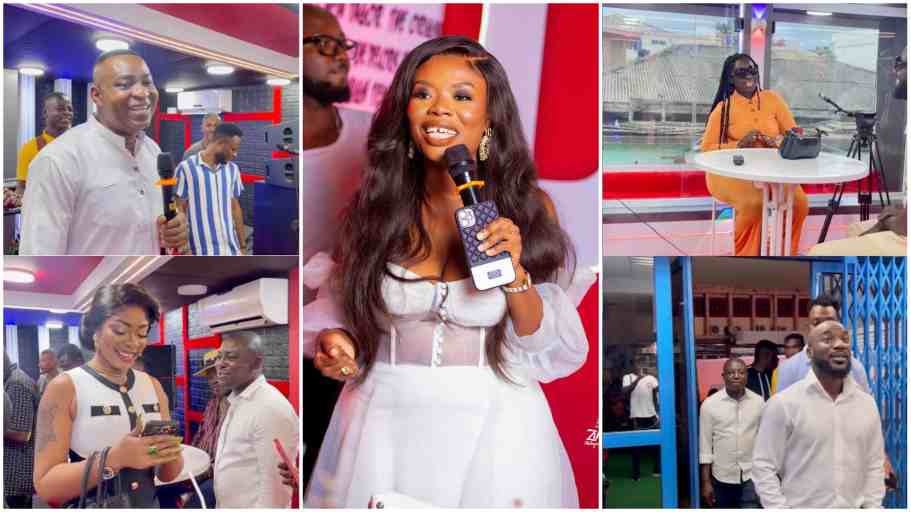 Ghanaian business mogul, Chairman Wontumi, has thrown a second birthday party for one of her staff, Deloris Frimpong Manso famed as Delay.

Delay had a double celebration for her 40th birthday celebration this year after her boss, Chairman Wontumi surprised her with a party at the premise of Wontumi Radio, Accra.

The staff of Wontumi Radio and television joined the celebration as they jumped to a live band performance by legendary KK Fosu in honour of their colleague who is a favourite of their boss, Benard Antwi Boasiako, popularly known as Chairman Wontumi, a Ghanaian politician and businessman.

On Friday, she took to her social media platforms to share a video of how she was honoured by her boss.

Prior to this, the host of ‘Delay Show’ on June 25, 2022, organized a private birthday dinner that had in attendance some celebrated personalities including politicians and friends in the media.

With over two decades in the media space, Delay has earned the tag as one of the country’s seasoned presenters. She joined Wontumi Radio in May 2022 as the drive time host of ‘To Wo Bo Twi Me’.

READ MORE :‘Afia Schwarzenegger’ in tears as she thanks Delay for helping her to pay rent [watch]