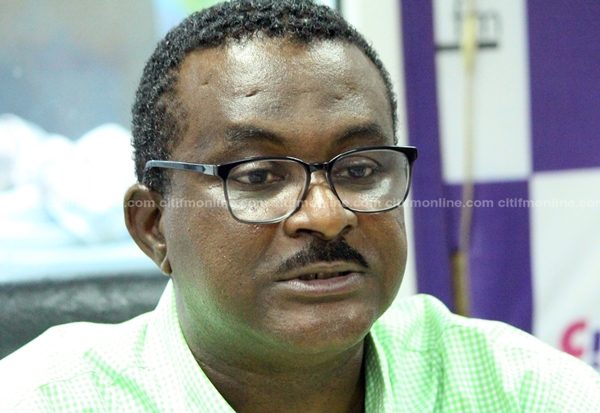 The Member of Parliament for the Cape Coast south constituency, Kweku Ricketts-Hagan has joined calls for the removal of Finance Minister, Ken Ofori-Atta.

He said although the minister has an impressive record as a private businessman, his performance as the manager of the country’s economy has been abysmal.

Speaking on The Big Issue in reaction to news of Ghana’s commencement of talks with the IMF for a bailout programme, Ricketts-Hagan said the Finance Minister failed to demonstrate control of the economy to avert the current situation that the country finds itself in.

He said it will be most appropriate that he steps down as minister or be removed from office.

“I think he [Ken Ofori-Atta] is a beleaguered Finance Minister and his performance has been abysmal. He has done well for himself as a private businessman but in the public sector space, he has failed. The best thing for him to do is to resign. He doesn’t believe in the IMF. He has made a lot of statements against the IMF. The buck stops with him and he must go,” Kweku Ricketts-Hagan said.

The Ministry of Information on Friday, July 1, 2022, announced that President Akufo-Addo had given approval for Ghana to begin engagements with the IMF for a bailout.

The Information Ministry said Ken Ofori-Atta will be leading the negotiations with the IMF in the coming days.

Following Ghana’s decision to seek an IMF bailout, the calls for Ofori-Atta’s resignation has intensified.

Mr. Ricketts-Hagan was also of the view that the minister should not lead negotiations with the IMF.

“His problem is that he has not been able to understand the way the public sector actually works. He looks at it from a Eurobond, capital market stand point but there is a public finance point you must look at. In the private world, when your funds are low you can call your shareholders but in the public sector it is not always when you call a tax payer and you get the money,” Mr. Ricketts-Hagan said.

He further said the current challenges of the Ghanaian economy is premised on some structural issues that was exposed by Covid and the Russia-Ukraine war and as such long term solutions must be devised together with immediate fixes.

“We have a structural problem in our economy that requires a long term solution but we have immediate problems exposed by Covid and Russia-Ukraine war but what they have done is to expose the structural problem. Unfortunately, we talk about IMF as if they are the ones causing the problem,” he noted.