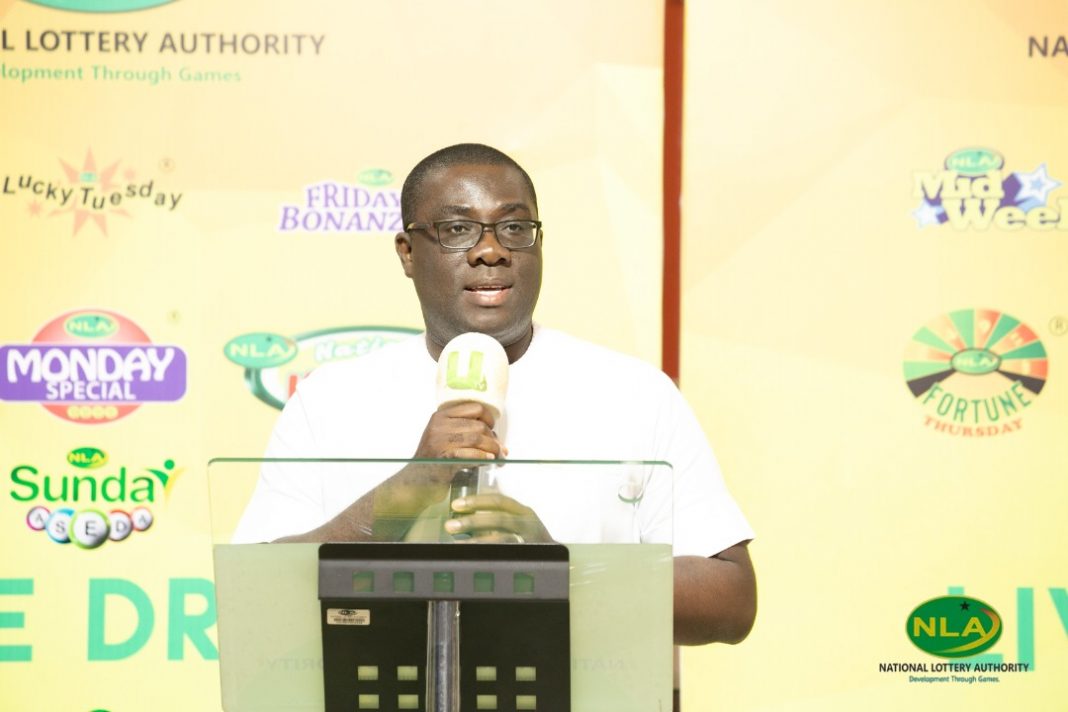 This is the first time in the 60 years of the Authority’s existence that a game is being introduced for Sunday.

The game, dubbed, Aseda to wit, “thanksgiving”, according to the Authority is a game to say ‘thank you’ to its loyal customers.

Deputy Attorney-General, Diana Asonaba Dapaah, who launched the Game, congratulated the NLA for the newest addition to their games and indicated that it will provide an exciting opportunity for players, and also help NLA generate revenue to support the government’s developmental agenda.

“I recognize the efforts being made through your Good Causes Foundation to give back to society and commend you to keep it up.

I am optimistic the Sunday Aseda Draw is a game-changer and will be a great addition to your existing games,” she said.

Director-General of NLA, Samuel Awuku averred that NLA has made history with the introduction of the Aseda Draw.

Speaking at the launch on Sunday 3rd July 2022, Mr. Samuel Awuku said “ Our overall aim is to create moments of happiness for our customers, they have stood with the Authority for all these years.

Aseda is to say a big thank you to our loyal customers and to raise more revenue for the authority. Throughout the 60 years of lottery in Ghana, this is the first time a major Game has been introduced on Sunday and we believe this innovation will make the NLA competitive in the lottery and gaming industry.”

“Already the African Lottery Association has readmitted Ghana into the Association and has granted us the bid to host the Association’s annual conference in December which will cap our celebrations. There are better days ahead thank you for coming.”

According to him, Section 21 of the National Lotto Act, 2006 (ACT 72) and Regulation 21 of the Lottery Regulations, 2008 (L.I.1948) give the NLA Director-General the mandate to determine the dates and times for a draw of any national lottery, yet it took 17 years and 15 years after passing the ACT and Regulations respectively, to include Sundays in the days for holding Lotto Draws. 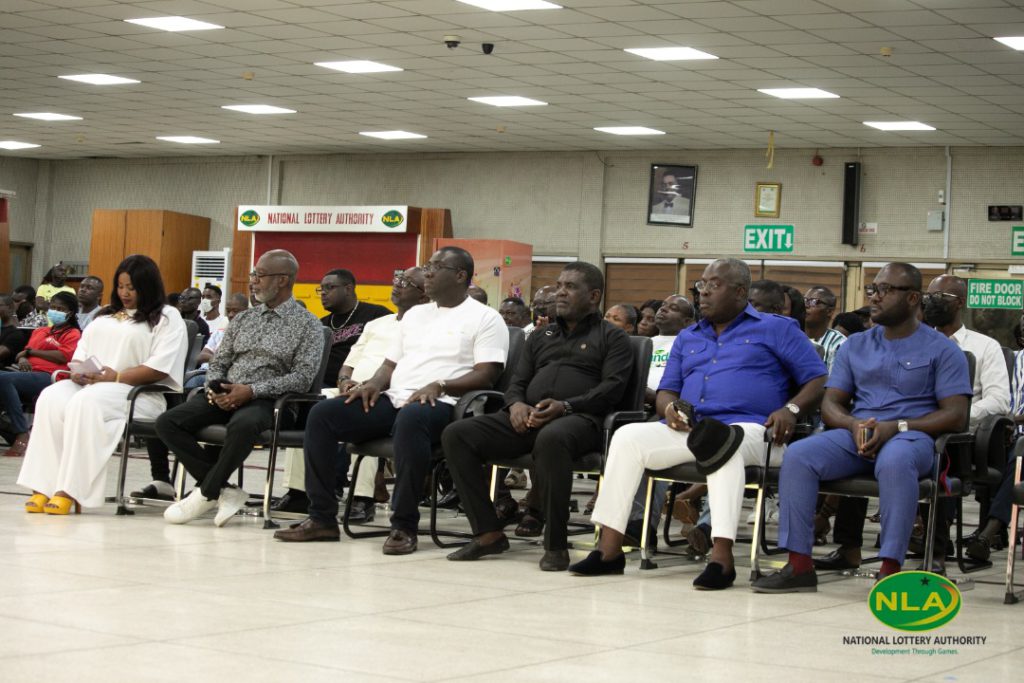 He said the community benefit derived from the draw is enormous hence Section 2(3) of ACT 722 enjoins NLA to conduct a lottery to provide for the care and protection of the physically or mentally afflicted, the needy, aged, orphans, and destitute children.

“It is in pursuance of this object that NLA developed the CARITAS Lottery platform as a channel for Corporate Ghana to run trade promotions which were Lottery in form and substance.”

Sammi Awuku noted that proceeds from lotteries held on the CARITAS platform go to support the NLA Good Causes Foundation, which Foundation was also set up to give meaning to Section 2(3) of the ACT. He said: “Since its establishment, the achievements of the Good Causes Foundation are evident for all to see. Being able to hold draws on Sundays means that those Corporate institutions which have till now been prevented from holding draws on Sundays can now have their wish.”

Meanwhile, from the information received the holding of draws on Sundays is a welcome relief for NLA’s cherished patrons who have always advocated for that.

The name given to the Sunday draw, ASEDA, he explained, is also very apt, as Sundays are when Christians go to worship and thank the Almighty, and so, “it is just right and fitting that if NLA institutes a draw on this day, NLA will take the opportunity to give the draw a name that renders thanks and praises to God for making this possible.”

He averred that the future of NLA depends on the integrity of its draws and so, the inclusion of Sundays certainly helps in closing the gap that has existed for the past 60 years.

He commended the Management and staff of NLA for this feat.

“Let me say a big thank you to our supervising ministry, the Ministry of Finance for their support for the vision of transforming the NLA into a world-class lottery body.  To my board, management, and Staff I say I am grateful for the support,” he said.

On his part, the Director of Operations, Dr. George Gyamfi-Osew said the Sunday Aseda Draw, which climaxes all their daily games, is their way of saying “Thank You” to their cherished patrons for playing their games throughout the week. “It also provides another opportunity for our patrons to play and win big.

We greatly appreciate your loyalty to the brand and trust you find the Aseda draw enjoyable,” he said.