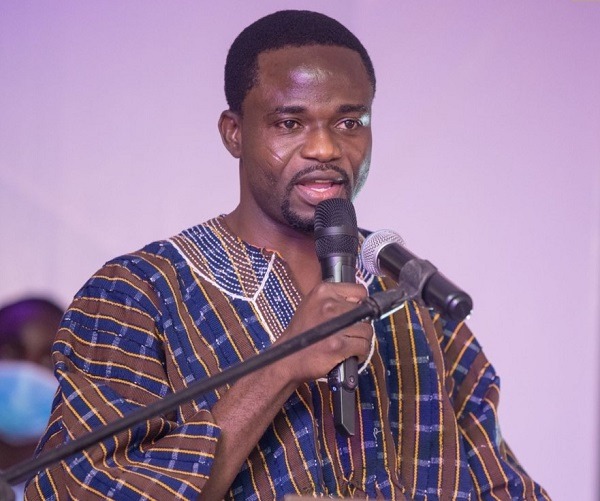 Ghana’s award winning Journalist, Mr Manasseh Azure has revealed that he revealed how he deeply feels for the Vice President of the Republic of Ghana Dr Mahamudu Bawumia.

According to Mr Manasseh Azure he “really pity the Ceremonial Head of the Economic Management Team.”

The question is what Manasseh Azure knows about the Vice President who is supposed to be the team leader and not a Ceremonial Head as he claims. This is because is ceremonial head as we know Head do not control policy in any aspect of the executive government of a state.

Meanwhile, Dr Mahamudu Bawumia is seen actively in charge of government business that every knows that is his responsibility. Calling him a Ceremonial Head and even feeling for him might mean slot than Ghanaians know.

Manasseh Azure, born Manasseh Azure Awuni, is a freelance journalist who worked with Multimedia Group Limited in Accra, Ghana, in the past. He is known for his controversial investigative and anti-corruption reports that have caused national uproar and resulted in some Government. He spends his leisure time speaking at youth programmes and anti-corruption seminars. 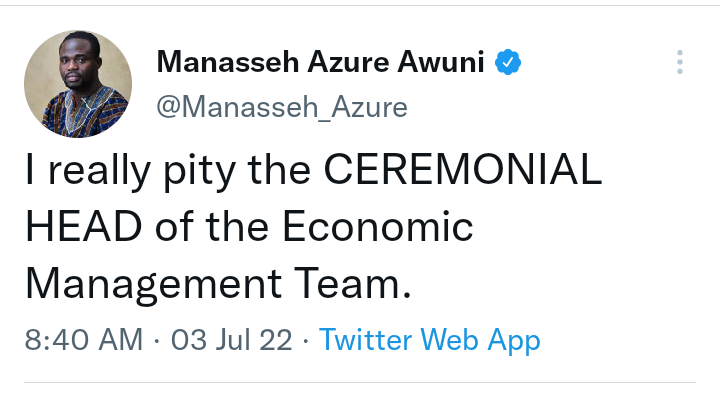 Content created and supplied by: Dolaw (via Opera
News )