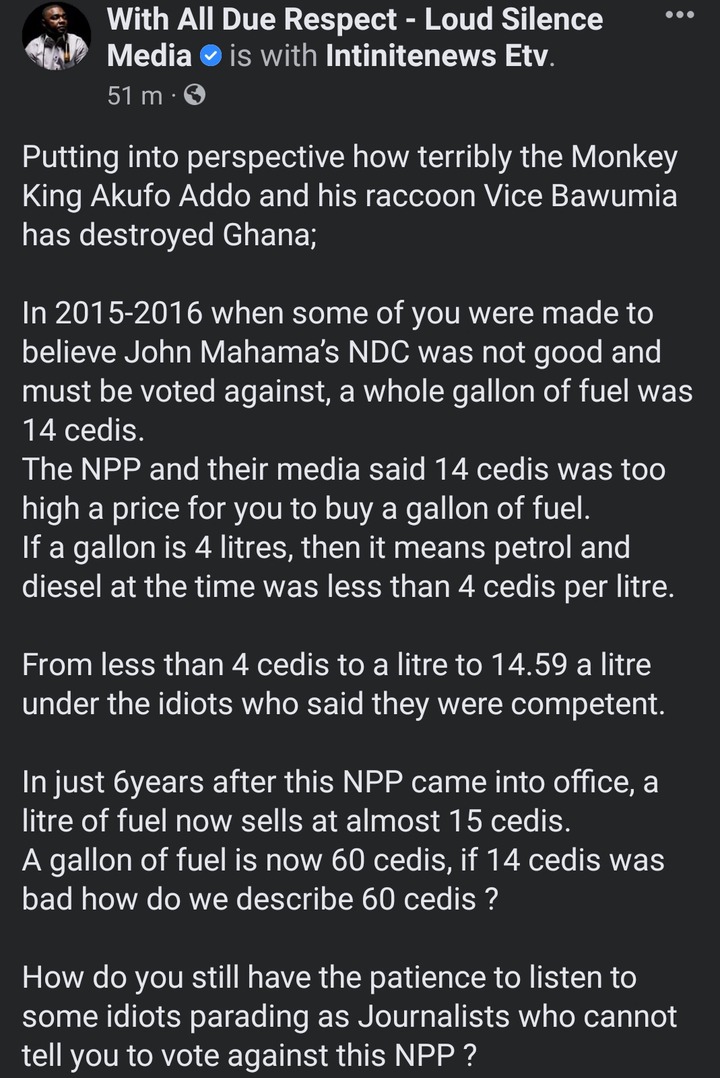 According to Ghanaian US-Based Journalist, who is the CEO of Loud Silence TV Kelvin Tayor is not a prophet but all that he said about Nana Addo has come to pass. Speaking about the current economic crisis boldly reveals secrets about Nana Addo who painted John Dramani Mahama as black sheep during his administration and lacked the qualities to rule the country. Ghanaians thought Nana Addo was coming to save them from the hardship but he is rather making it things worse.

The price of Petrol in 2015 -2016 before the New Patriotic took over was ¢14 a gallon and according to calculation, four liters make one gallon. This means petrol and diesel price by then was below 4 cedis. It is very sad those who called themselves competent and Ghanaians can’t buy fuel at the price of 4 cedis just within 6 years, now fuel price is almost 15 cedis and a gallon is 60 cedis.

Yet some journalists are quite telling Ghanaians the truth to vote against this clueless government. Now Ghanaians will know the difference between the two governments who is better and who they should vote for. 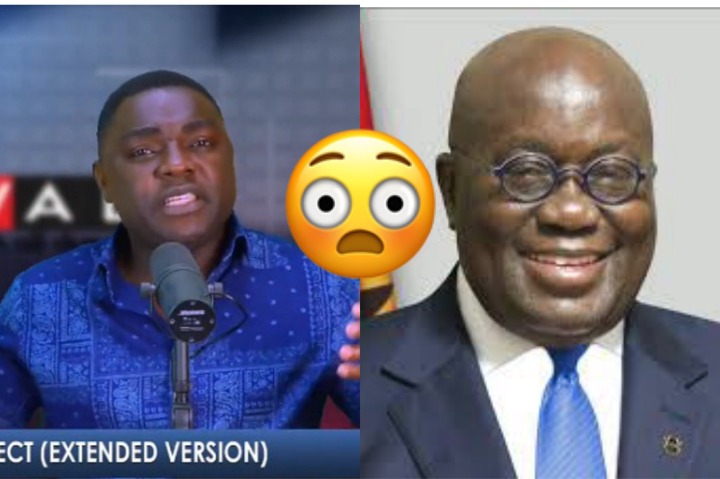 Please which party will you prefer Ghanaians should vote for in 2024? Kindly drop your answer in the comment box.