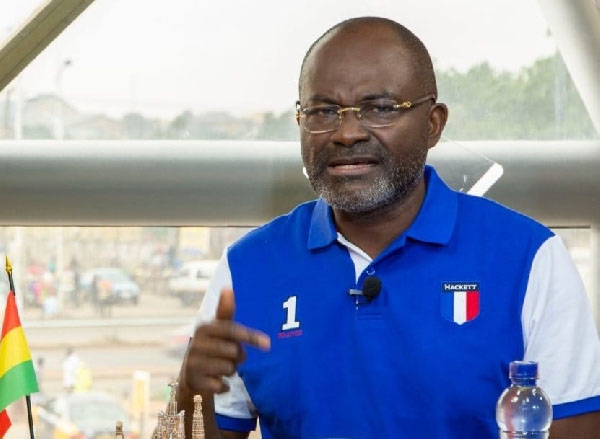 The Member of Parliament for Assin Central, Kennedy Agyapong has categorically stated that the New Patriotic Party (NPP) will lose the 2024 general elections if they go for IMF bailout.

According to the 2024 Presidential hopeful, if the NPP goes to the IMF, it is just like handing over power to the NDC without a contest.

He added that the NPP particularly himself made all sorts of noise against the NDC and John Mahama government when they went to the IMF that because NDC mismanaged the economy the reason why they always go to the IMF for bailout.

The Assin Central MP reiterated further that those who will take the NPP to the IMF cannot be the same people or faces that will lead the party to break the eight.

He made the statement during a ‘National Constituency Officers Welfare’ meeting in Koforidua, the Eastern Regional capital under the theme “Uniting Our Front to Break the Eight”.

“Going to IMF is just like handing over power to NDC without a contest straight away, because of the noise we made and I chew my own words back when I said the NDC went to the IMF because of the mismanagement of the economy so if NPP is going to IMF what am I going to say? So breaking the eight is going to be tough”.

“You cannot use the face of those who took us to IMF to break the eight, it won’t work, my message to you is very simple, you can read my lip, and am not scared of anybody in the party, I will tell you the gospel truth, those who take you to IMF this same face cannot break the eight, In Latin, they say ” Vebon sepiantus satisfies” a word to the wise is enough. I’m very sad today when I saw the publication that we will be going to the IMF”.

However, the MP advised the NPP party members to sell the party and let others know what they got from joining the party so that others are encouraged to also join the party.

He stated that after the Constituency elections there were some frictions within the constituencies hence the need to bring together those who won and those who didn’t to unite and work together for a common goal.

He added that despite the current challenges facing the country which he believes is a global phenomenon, the party has managed the economy well than the NDC’s hence the need for Ghanaians to trust in the NPP that they will turn things around and put the country towards the right path.