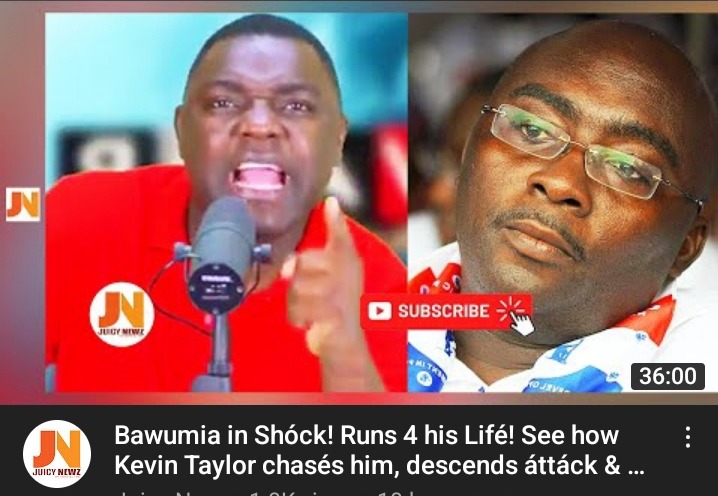 Kevin Taylor is a broadcast journalist in Ghana with extensive experience in radio and television broadcasting. In 2012, he founded Loud Silence Media in Accra. Loud Silence is a production house specialising in human interest stories for local and international viewing.

On the trending news today, Kelvin Taylor recently launched his attack on the NPP government thereby focussing on them massively, recently he reacted to some stories of President Nana Addo Dankwah Akuffo Addo after confirming he’s been one of the corrupt governments in ghana as well as comparing him to some past governments.

Speaking on the story of Bawumia, he termed Bawumia as a bookworm who is leading the government into disaster. Explaining his point, he emphatically stated that Bawumia way back in 2015 was much seen on television as one of the best economists in ghana but now he’s out of the system and has enrolled on technology.

The video has been posted below ;