Take a look at this funny picture of Finance Minister and Bawumia complaining about E-levy. 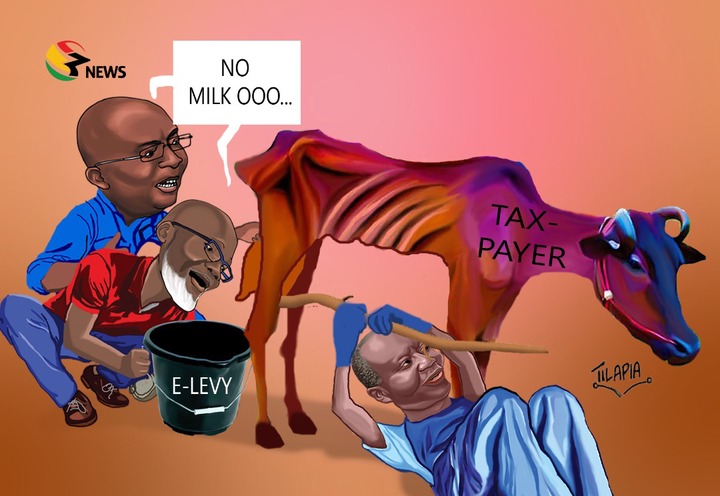 Funny pictures are created to make people to laugh. A funny picture is going round on social media which involves the finance minister, Ken Ofori Atta, Vice president Bawumia and Gabby Otchere Darko complaining about E-levy.

There were news all over social media about the non performance of the Electronic Transaction Levy, popularly called the E-levy. The E-levy was brought by the government to supplement and improve the inflows of government. Despite a lot of backlash that Ghanaians raised against the levy, it was passed and implemented.

In a funny picture kind curtsey Tilapia, the vice president, Gabby and Ken Ofori Atta were with a lean cow. The cow represented the tax payer who was not able to give out milk again because it has been drained so much. Take a look at the funny picture below. Share your thoughts on the funny picture in the comments section. Have a great time.

Content created and supplied by: Osheanews (via Opera
News )