Good News For Appiatse Explosion Victims As Government Is Set To Do This For Them Finally. READ MORE 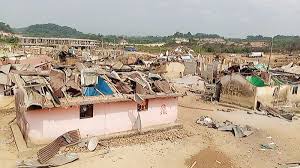 The country was in a state of mourning when an unexpected disaster happened in the western part of he country where a vehicle carrying explosives exploded in a small town killing many and destroying properties. This caused the habitants of the community to be displaced as they had nowhere to stay.

As part of government’s responsibilities, it has come to the aid of these victims with the aid of some kind donators to help restore their shelter.

Reporting from the Ghana Presidency via their official twitter page is a communique released stating the decision taken by government to provide the displaced victims with shelter. The Vice President, Dr. Mahmoudu Bawumia, will on behalf of the President, cut sod for the construction of the 124 housing unit core community in a matter of weeks. This will help restore shelter for a greater number of the affected victims if not all. 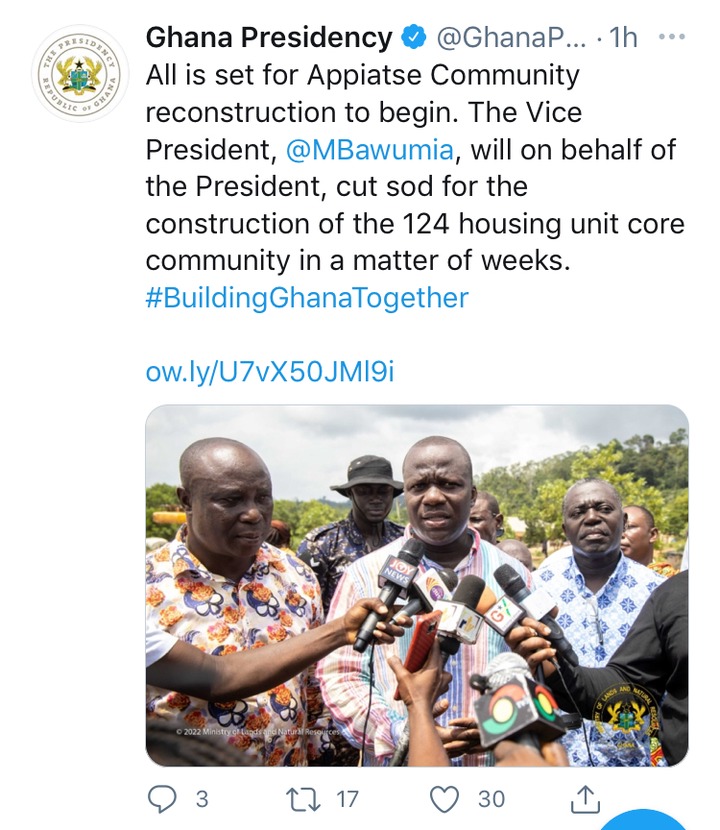 Find below some of the comments of some concerned citizens which I gathered in relation with the above decision taken by government to restore shelter for Appiatse Explosion victims: 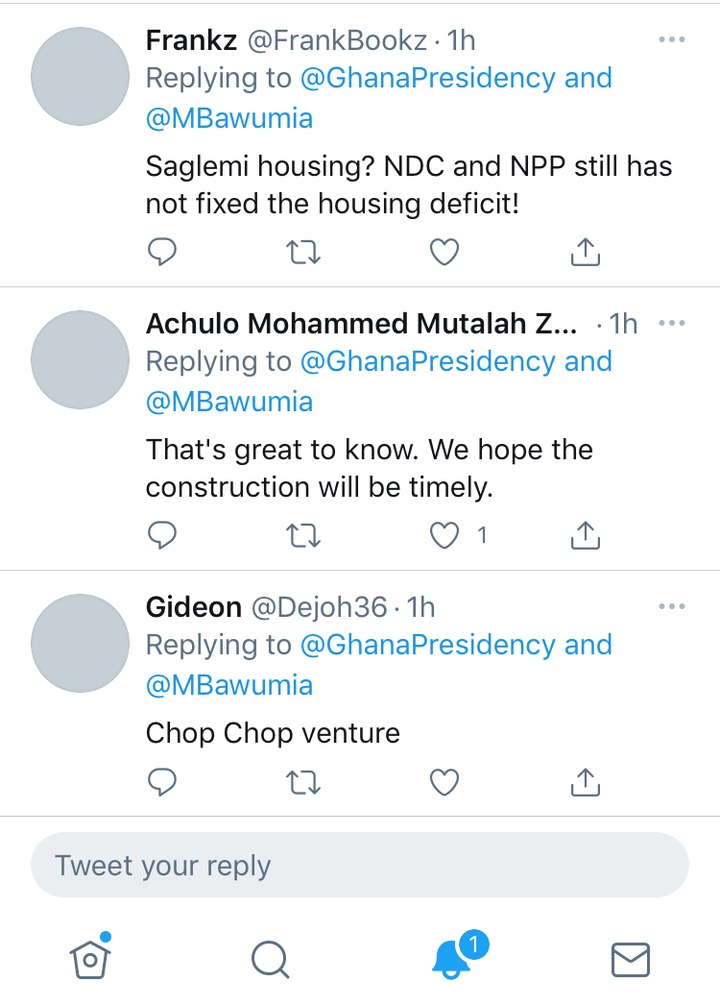 What is your opinion about this move by government? Let it be heard in the comments section below and don’t be left out. Have a nice day!

Content created and supplied by: Hot-news_360 (via Opera
News )