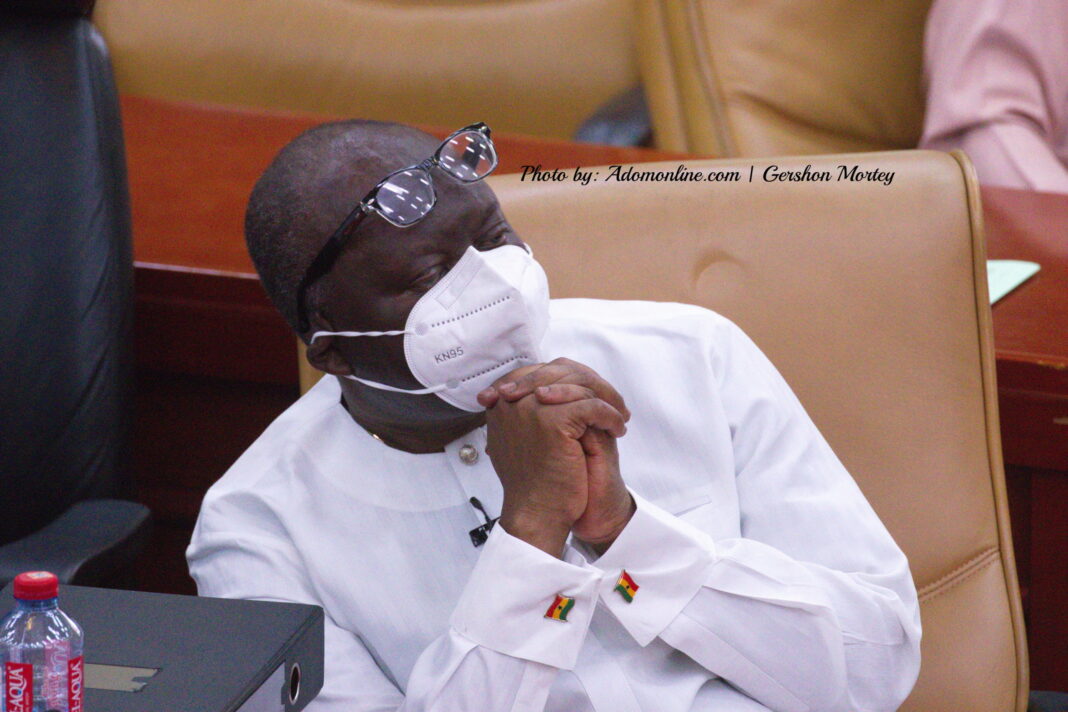 A statement signed by the Information Minister, Kojo Oppong Nkrumah, and dated July 1, 2022, said there had already been a conversation between the IMF boss, Kristalina Georgieva and President Akufo-Addo, conveying the government’s decision to engage the Fund.

Right after the news went viral, social media has been buzzing over the matter as the decision has taken many Ghanaians by surprise.

This is because before approaching IMF, the government, on numerous occasions, insisted that a bailout from the Fund is not in its plans to restore fiscal stability in the country.

Several tweeps cannot fathom why the government has resorted to that option when the E-levy was supposed to be the remedy for the economic woes.

The problem, according to some users, is not about going to the IMF as they believe that the crisis is global.

Some people are not happy that the government “forced e-levy down the throats” of the public only to seek an IMF bailout.

Others are questioning why the government has changed its decision from no IMF support to an IMF bailout.

Check out some reactions below:

They lied to us that E-Levy will save us from this hardship we are facing. We begged them to have mercy on us but nope 👎

Me as a Ghanaian right now realizing government is going to the IMF after I have paid E-levy … pic.twitter.com/pA7fIzBV03

Mr. President ⁦@NAkufoAddo⁩, When humility and pragmatism vanishes from the dealings of leadership, the ordinary Ghanaian suffers. Why wait till now, against all sound advice? And where is the messiah called E-Levy? CC: Minister Ken Ofori Atta pic.twitter.com/6BWilO70Hi

So we will cancel E-levy? Because they implemented e-levy so that we don’t go to IMF. https://t.co/gb0gUepND4

Now that we’re going to the IMF, it’s only fair that we cancel the E-levy. After all, Ken Ofori-Atta told us avoiding the IMF was the main reason why the E-levy had to be passed.

You deceive citizens that E-levy was the substitute of IMF intervention. Few weeks later, you run on top speed to the latter. It’s no coincidence that this is happening on a #RepublicDay. This is a clear indication, we’ve lost it all. President @NAkufoAddo, how do you even sleep?

Whatever we do we are not going to IMF, we are a proud nation, we have the resources- Ken Ofori Atta pic.twitter.com/5kLEj7Iugm

Government is finally going to the IMF for economic intervention after Finance Minister Ken Ofori Atta and Nana Addo’s mismanagement.

E-levy, like we have always maintained, was never going to be the remedy. Some common sense is finally prevailing. Exposed! pic.twitter.com/3ZirDUR3b4

So who is to blame for this new development, Ukraine/Russia or COVID! Why is this letter signed by @konkrumah and not @MBawumia the head of the now infamous “Solid Team” or the arrowhead of this Government’s own abysmal economic performance: Hon Ken Ofori Atta. pic.twitter.com/PKw6ow7STh

As President Nana Addo has directed the Finance Minister, Ken Ofori Atta to engage with the IMF, here is a tweet of candidate Akufo-Addo criticising an “oil rich country’s” government for going to the International Monetary Fund in 2015. pic.twitter.com/e8pVzj3h0P

“We are not going to the IMF, whatever we do, we are not” – Ken Ofori Atta speaking in a town hall meeting on the e-levy in Tamale in February this year.

What changed between the time the finance Minister said this and now ?pic.twitter.com/y27876c613