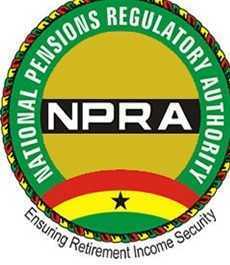 Employees have been advised to identify their tier two corporate trustees to have a fair idea of the scheme’s management and statements about their contributions.

Mr Hayford Attah Krufi, the Chief Executive Officer of the National Pensions Regulatory Authority (NPRA), gave the advice at a breakfast meeting organized by the Sunyani Zonal Office of the Authority on the theme: ”Making Pensions Accessible to All” in Sunyani.

The meeting formed part of the Authority’s mandate to engage stakeholders to understand the Three-Tier pension system.

Mr Krufi explained that the tier One contributions were being managed by the Social Security and National Insurance Trust (SSNIT), but since tier two was being managed by private sector providers with about 30 corporate trustees, most employees had little knowledge of the trustees overseeing their contributions.

”It is, therefore, important for workers to understand that it is not only the contribution but also knowing who the provider is and getting statements to be able to channel their complaints through the appropriate quarters for redress,” he indicated.

Mr Krufi said the pension industry was growing fast because when the new dispensation was started in 2010, assets under pension management were around GhC5.5 billion, adding within 12 years the figure had risen to GhC40 billion.

He said after the Second World War it was pension bonds that the European countries used to pull back their economies on track, saying now that the country was experiencing economic challenges, workers’ contributions could support the growth and stability of the economy.