‘I don’t need marriage; I have enough money to buy a man for him to do whatever I want’ – Actress Nkechi Blessing »...

Ghana Gas to construct 259km pipeline from Aboadze to Tema

Check Out The Russian Moveable Bridge Called Palace Bridge, With A Total Length Of 260.1 Meters 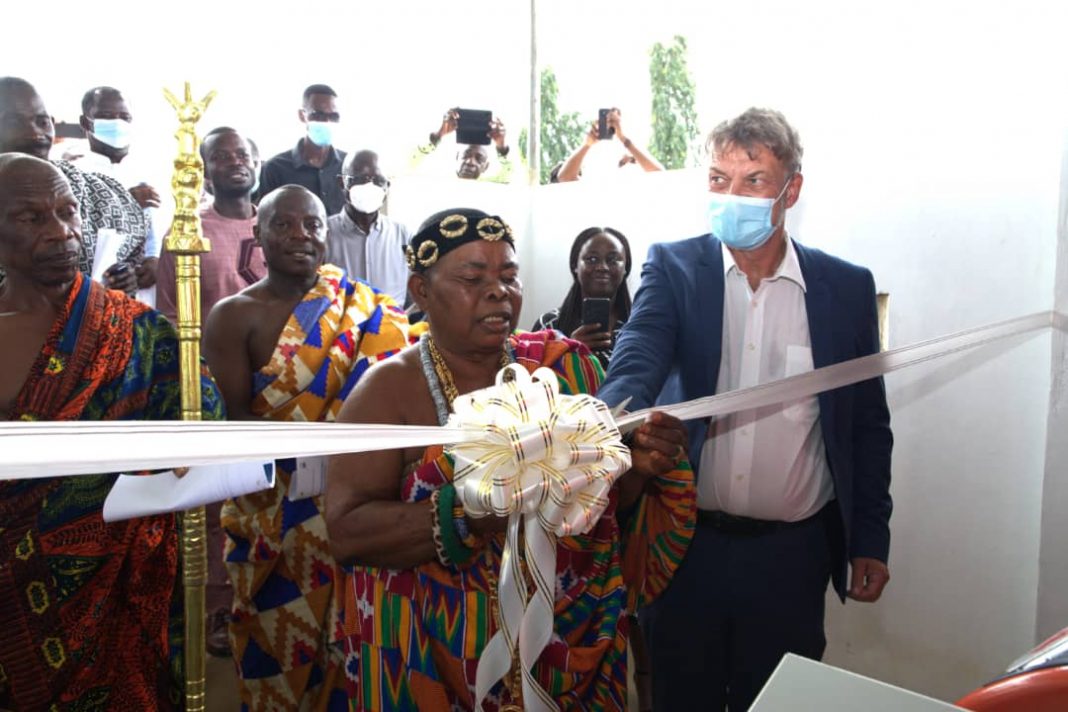 Coastal Groves Limited, a wholly-owned Ghanaian organic orange juice processing factory in Asebu in the Central Region has been re-commissioned by the Deutsche Gesellschaft für Internationale Zusammenarbeit (GIZ) GmbH, on behalf of the German Federal Ministry for Economic Cooperation and Development (BMZ) through its “Invest for Jobs” programme which is a brand of the Special Initiative on Training and Job Creation.

The ceremony was marked by the official handing over of a steam boiler valued at around 73,000 euros, and a retooled factory of over 94,000 euros to the management of the company.

The event also offered the management of Coastal Groves Limited and GIZ Ghana, the platform to further engage on the outlook of the factory and organic agriculture in Ghana.

Delivering his speech at the event, Mr. Gerald Guskowski, Head of Sustainable Economic Development at GIZ Ghana, pointed out the importance of such projects, which has a high impact on employment, market opportunities, environmental sustainability, and, above all, improves the business ecosystem.

The agricultural sector in Ghana serves as a primary source of employment, livelihood, and food security for most people in rural communities.

The sector accounts for one-fifth of the country’s GDP and employs nearly half of its labour force.

Mr. Guskowski, however, is worried that the agro-processing subsector remains a pale shadow of itself, accounting for only 5% of annual output.

According to Mr. Guskowski, the project is envisioned to create 200 direct jobs and over 1,000 indirect jobs while improving the working conditions of the people who are currently engaged by the company.

“Additionally, it is estimated that the production capacity of the factory would be enhanced from the 25% capacity it did during the initial stages to about 70% and then to 90 plus during full implementation in the next 12 months,” Gerald Guskowski added.

He believes an increase in the production capacity of the factory will help reduce the cost of production per tonne, he added.

On his part, Mr. Daniel Danquah, Managing Director of Coastal Groves Limited, expressed his gratitude to GIZ and the German Federal Government for the support.

“The shutdown of the factory did not only affect me and my family but also the employee and farmers who provided us with the raw materials for production,” Mr. Danquah said.

According to him, Coastal Groves owns farmland of about 250 acres under cultivation, and with the factory in operation, it will provide yet another employment opportunity for youth in Asebu and its environs.

Coastal Groves has developed 2,000-plus-out schemes that will supply raw materials to the factory, he added.

“Through the intervention of Invest for Jobs Sagevest, an investment holding company in Accra, has partnered with Coastal Groves to invest additional funds of over 110,000 euros to make this dream a reality. Additionally, with the support of the BMZ’s Sustainable Employment through Agribusiness (AgriBiz) project, GIZ Ghana will facilitate Coastal Groves’ organic certification needs to ensure it meets both local and international standards.” 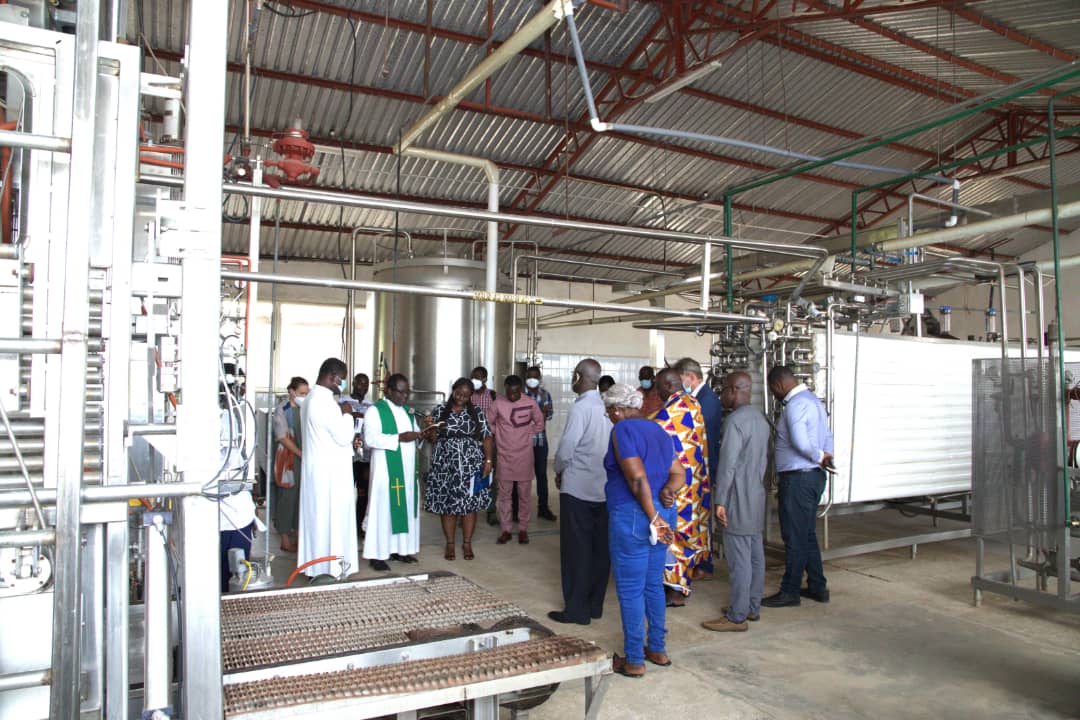 The Invest for Jobs Project

The German Federal Ministry for Economic Cooperation and Development (BMZ) has put together a package of measures to support German, European and African companies in investment activities that have a high impact on employment in Africa.

The development objective is to team up with companies to create good jobs and training opportunities in the partner countries, of which there are currently eight, and to preserve them during the Covid-19 pandemic.

The aim is also to improve local working conditions.

The Special Initiative is implemented by Deutsche Gesellschaft fur Internationale Zusammenarbeit (GIZ) GmbH, among others.

‘I don’t need marriage; I have enough money to buy a man for him to do whatever I want’ – Actress Nkechi Blessing »...

Ghana Gas to construct 259km pipeline from Aboadze to Tema

Check Out The Russian Moveable Bridge Called Palace Bridge, With A Total Length Of 260.1 Meters