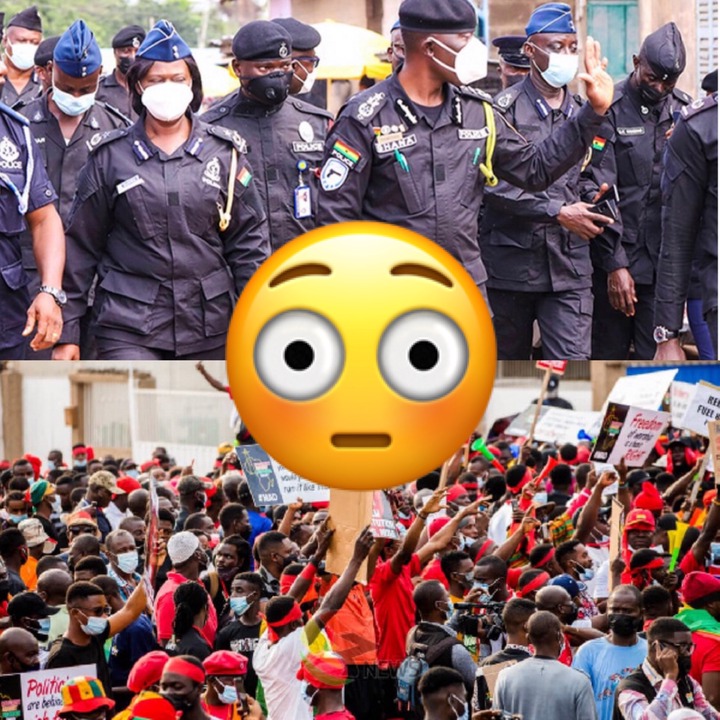 The recent circulating news that has undoubtedly sparked massive stir, debates, and arguments across all social media platforms was when the Ghana Police Service’s final statement over the just-ended demonstration led by prominent members of the largest opposition party (NDC) finally popped up.

According to the recent press release by the Ghana Police Service, the “Arise Ghana” demonstrators undoubtedly caused more harm than good during the protest as countless police officers got seriously injured whilst others are in intensive care as a result of their respective injuries.

With respect to this, the Ghana Police Service has finally made it clear in the 5th paragraph of their recent press release that, even though the most talked-about demonstration has finally come to an end, the service will put all hands on deck in other to bring all those who breached the law during the demonstration to face justice.

Below is a look at the recent press release by the Ghana Police Service that has caused massive reactions online. 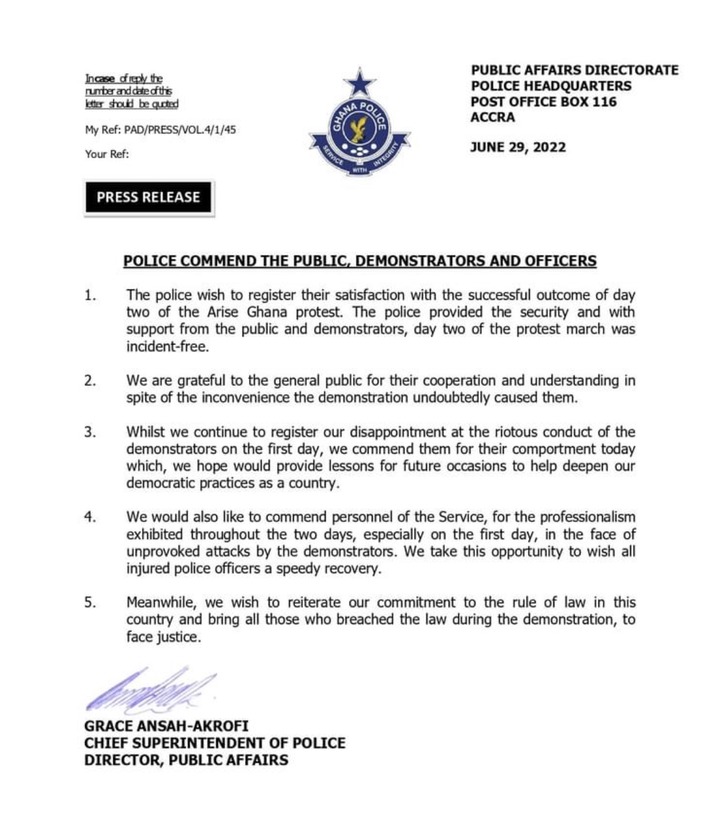 Do you think that, all demonstrators who were arrested after clashing with the police must be made to face the law for their actions even though most Ghanaians also claimed the police retaliated?

What are your thoughts concerning the recent press release by the Ghana Police Service that has caused massive reactions online even though most individuals claim otherwise?