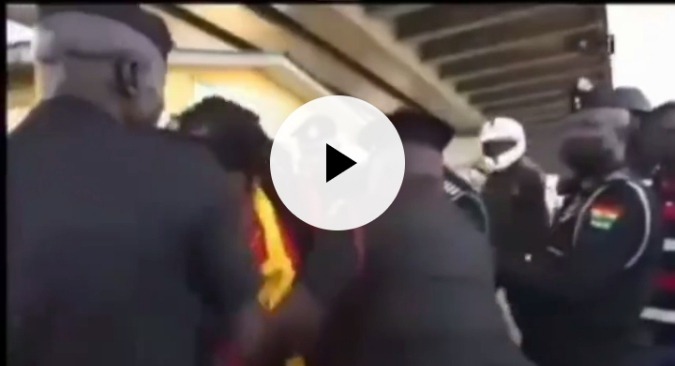 The Arise for Ghana demonstration which started yesterday, Tuesday, 28th June 2022 continued today, Wednesday, 29th June 2022. Day 2 of this demonstration seems to be more violent-free than Day 1. However, an incident happened that most of the protesters were not happy about it. Watching the screenshots from the video in this article, you can see that a protestor is being arrested by the police.

There were about five policemen and a lot of protesters at this place. One cannot tell what propel the police to arrest the protestor but you can see that the protester was behaving well. He was not resisting the arrest, however, a policeman came from behind and gave him a serious slap. Some of the protesters got angry and wanted to retaliate but their leader told them to calm down.

The leader of the protesters was seen in the video asking the policeman that slapped the protester the reason why he did that but he couldn’t answer than to bow down his head in shame. Some social media users after coming across this video said that it was a result of this unprofessional behavior on the part of the police that created a lot of chaos yesterday. But thank God that the protesters didn’t retaliate. 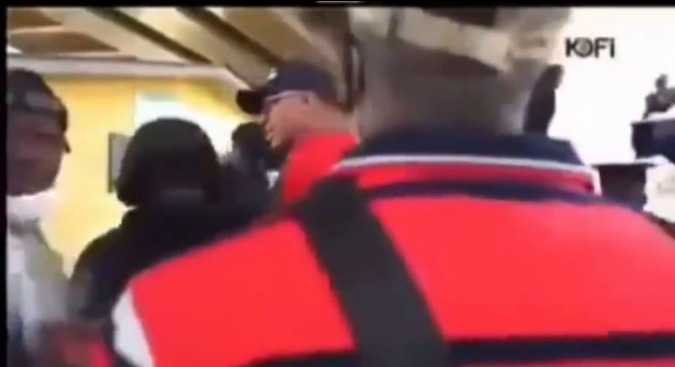 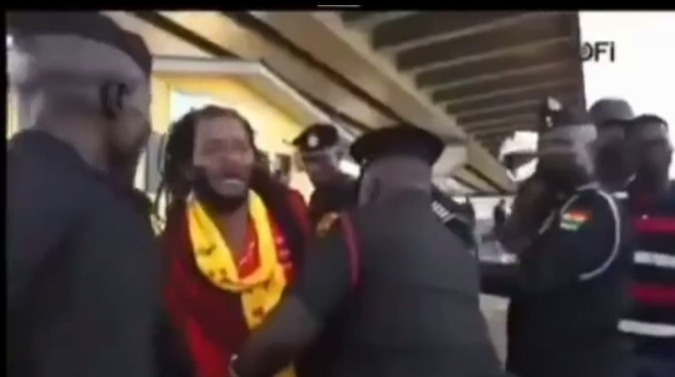 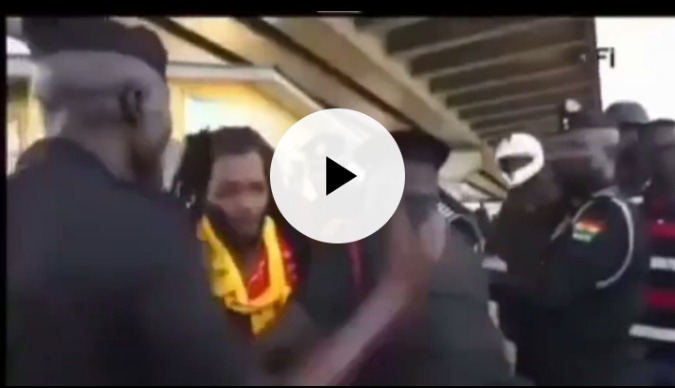