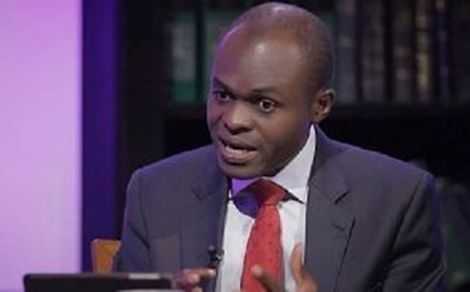 Private legal practitioner, Martin Kpebu, has opined that the police were wrong to order Arise Ghana demonstrators on routes to use in Tuesday’s protest.

This according to him is premised on the fact that Arise Ghana demo organisers filed a stay of execution against a June 27 court ruling in which the High Court Judge, Her Ladyship Comfort Kwasiwor Tasiame, ordered that the demonstration cannot go beyond 4pm.

The judge also directed that the demonstration should commence at 8am with the demonstrators converging at the Kwame Nkrumah Circle, moving through Farisco and TUC to the Independence Square.

In an interview on Accra-based Joy FM, Martin Kpebu explained that once the stay of execution was filed, it rendered the June 27 judgment non-enforceable until the determination of the appeal.

He further contended that the police should have initiated legal process to have the appeal heard early if the demonstration bothered on issues of national security.

“The effect of the stay of execution is that what the judge ordered will not take effect until that application for stay has been heard.

“Once you are able to file it and you serve the other party, you are free in the interim for the one week two week.
So from yesternight if really there are terrorist concerns as the police want to make us believe, then they were supposed to file for abridgment of time.

“Yesternight they were not supposed to go to sleep and lawyers don’t go to sleep when the occasion requires it. They were supposed to stay up, file the necessary processes and first thing in the morning go through the Chief Justice then they would have to shift the case to this morning,” he said.

Martin Kpebu berated the police saying that “the police had all the opportunities in the world to run back to the court this morning (June 28) but they didn’t do it.”

On the issue regarding terrorist concerns and the timing of the protest, the lawyer said it was not within the jurisdiction of the police to determine which protest was a threat or not.

He maintained that the police ought to demonstrate their argument before the courts on the specific matter.

“Not just at the mention of the word security then we keep quiet. No, they have to demonstrate that to the court. The ultimate security decider is the court,” he said.

Arise Ghana demonstrators poured out onto the street on the first day of their intended two-day protests against rising economic hardship.

However, there was chaos as police fired teargas at protesters while they [protesters] also pelted stones at them.

According to multiple reportage, the chaos erupted over confusion on the route to use.

U-20 WWC: Ghana fail to make knockout stage for sixth time in a row after Netherlands defeat

Mother and son perish in vehicular knockdown at Asokore Mampong