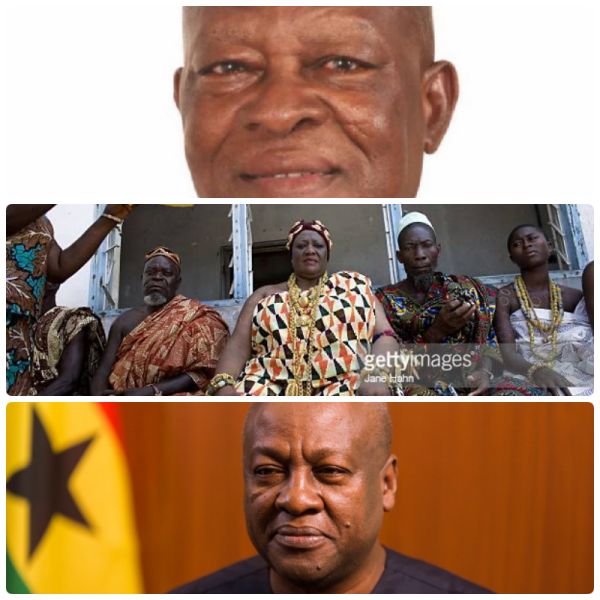 A former National Organizer of the National Democratic Congress (NDC), Yaw Boateng Gyan wants former President John Dramani Mahama to take a back seat in the race for the NDC flagbearership and rather consider himself an elder of the party whose duty and responsibility will be to ensure a worthy clan member is elected “King”.

To buttress his point, he cited the example of a typical traditional Akan setting where elders of a family, after putting heads together and selecting a leader as head of the family, mostly sit back and watch the family progress by offering constant advice and guidance.

He believes that should be the priority and concern of Mr Mahama, instead of his unbridled desire to be a leader.

Speaking on Okay FM’s ‘Ade Akye Abia’ programme, Yaw Boateng Gyan pointed to the NPP which has former President John Agyekum Kuffour performing the function of an elder of the party, as an example.

He believes by reason of such a role Kuffuor plays in the party, the NPP is always guided and measured in everything they seek to do.

“The NDC has unfortunately lost some astute members who if they were alive would have been the eyes of the party. The likes of former President Jerry John Rawlings, John Evans Atta Mills and Paa Kwesi Amissah-Arthur. But we still have former President John Dramani Mahama who is very much alive and doing so well healthwise.”

“He needs to be out there doing what the likes of former president John Agyekum Kuffour is doing for his party and curtail this desire to once again lead the party at all cost,” he said.

According to him, the NDC currently needs a leader who will not only think about the country but also have the welfare of the party at heart.

Unfortunately, he added, former president Mahama does not appear to be cut out for such a role in the party.

“This party has come a long to suffer from such humiliatory electoral defeats and its about time the party changes its strategy towards winning elections,” he stated.

The former NDC National Organizer also expressed worry about the penchant by some party activists to cast aspersions at Dr. Kwabena Duffour anytime his name pops up in connection with the flagbearership of the party.

“There are certain NDC characters who presume the party belongs to one person and that it is that person’s birth right to be flagbearer of the party . . . the name of the party indicates it’s a National Democratic Congress; we should be very democratic in our doings and allow for competitive competition if the party is searching for someone to be its leader.

“It is insane to think that aside Mahama, nobody is competent enough to lead the party. There are several other competent people out there who have shown leadership qualities even in opposition to lead the party,” Yaw Boateng Gyan posited.