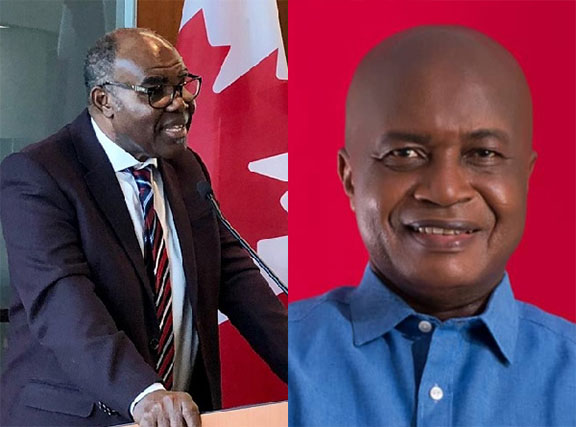 THE ELECTORAL Commission (EC) will supervise balloting for position on the ballot paper for national office aspirants of the ruling New Patriotic Party (NPP) today at the party’s national headquarters in Accra.

Secretary to the National Elections Committee of the NPP, Evans Nimako, who announced this, said the exercise would commence at 10am prompt, and asked aspirants to come on their own or get their dedicated agents to represent them at the event.

He indicated in a statement that the National Elections Committee of the NPP, chaired by former National Chairman, Peter Mac Manu, after extensive discussions with the prospective candidates and investigation of their documents, had recommended 48 persons to participate in the upcoming national officers’ elections slated for July 15 to 17, 2022 at the Accra Sports Stadium in Greater Accra.

The statement indicated further that the committee also approved Kate Gyamfua, Ellen Ama Daaku, and Hajia Sawudatu Saeed as the candidates for the Women’s Organiser position.

The process of the National Officers’ Elections began with the opening nominations on June 8, 2022, which ended on June 12, 2022, with the filing of nomination papers happening between June 13 and 15, 2022.

Subsequently, the party subjected the aspirants to a vetting which was held between June 17 and 20, 2022, after which it released the vetting report, recommending 48 persons to stand for the various positions.

Prior to this, each candidate was made to pay a non-refundable nomination fee, with National Chairperson applicants paying GH₵20,000; Vice Chairpersons paying GH₵15,000; General Secretary – GH₵10,000; while all other positions paid GH₵8,000.

Special Wings such as the Youth, Women and Nasara applicants paid GH₵6,000.

All the prospective candidates were made to produce their biometric voter ID card issued by the Electoral Commission of Ghana in line with the party’s guidelines,

“A prospective candidate for any of the National Officers position shall be nominated by one (l) member of the party’s National Council and seconded by 20 known and active registered members of the party. All the seconders shall be in good standing,” the party said in a statement.

The contestants are expected to partake in a debate to be organised by the party to determine their abilities after the balloting.