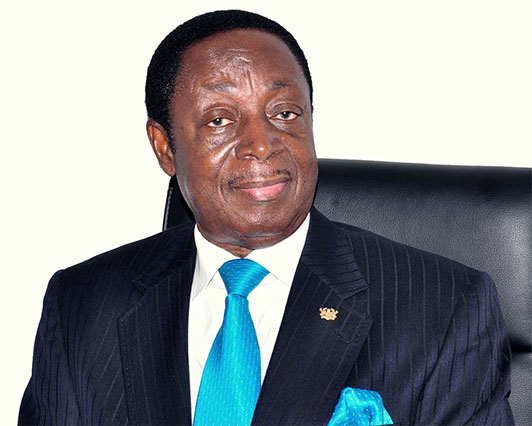 An initiative developed by a Presidential hopeful of the opposition National Democratic Congress (NDC), Dr. Kwabena Duffuor to financially empower all NDC grassroots constituents, Ahotor project, has finally taken off albeit alleged plot to sabotage it.

National executives of the party National Chairman and General Secretary, Samuel Ofosu Ampofo and Johnson Asiedu Nketia, respectively appear compelled to join the launch of the project aimed at helping to improve livelihoods of the party members at the party headquarters in Accra on Thursday.

The initiative was nearly put on hold as a result of supposed tactics by persons believe to be loyal supporters of former President John Dramani Mahama because of the initiator of the idea who has declared his intention to contest the NDC presidential primary scheduled for later part of next year.

This led to concerns expressed by some grassroot members of the party considering the fact that Dr. Duffour has thought about their plight and taken steps to address them with the Ahotor Porject.

The project is to provide equipment, canopies, chairs, and sound systems among others to all constituencies within the NDC fraternity for rentals to gain financially in return.

Speaking at the launch, Dr. Kwabena Duffuor appreciated the support extended to him by the executives of the party as the benefits of the project are enormous and seek to provide sustainable financial support to all NDC constituencies in the country.

According to him, measures have been put in place within the various constituencies to sustain the project.

“The various constituencies have been tasked to set up committees which would see to the day-to-day management of the equipment and to ensure the maintenance procedures are executed,” he said.

The NDC National Chairman, Samuel Ofosu Ampofo in his remarks reiterated the need for Ghanaians and loyal party members to wholeheartedly support the initiative.

He revealed that the ‘Ahotor’ Project forms part of the party’s agenda of reclaiming total victory in the 2024 election, saying that the journey towards 2024 calls for embracing everybody to come on board and pull their shoulders to the wheel so that together they will approach the election as communal labour.

He said National executives of the party have ensured that strict compliance with rules governing activities within the party is applied.

“All party systems and structures must be respected and if we are able to follow these structures I think it will be very good for all of us. So that even when the items are handled to us here at the National, our responsibility is to hand the items to the region, then to the constituencies”, he said.

On his part, the General Secretary, Johnson Asiedu Nketia urged Ghanaians to disregard purported speculations of some party executives aimed at masterminding the credibility of the project.

He stated that the executives, in accordance with the constitution governing the party decided to follow due procedures to ensure the success of the ‘Ahotor’ project.

He also added that a series of meetings were held with stakeholders and promoters to ensure a stable and transparent execution of the project.

Ashaiman Constituency was the first to benefit from the ‘Ahotor’Project when they received a brand new sound system with amplifiers, canopy, and chairs for renting.