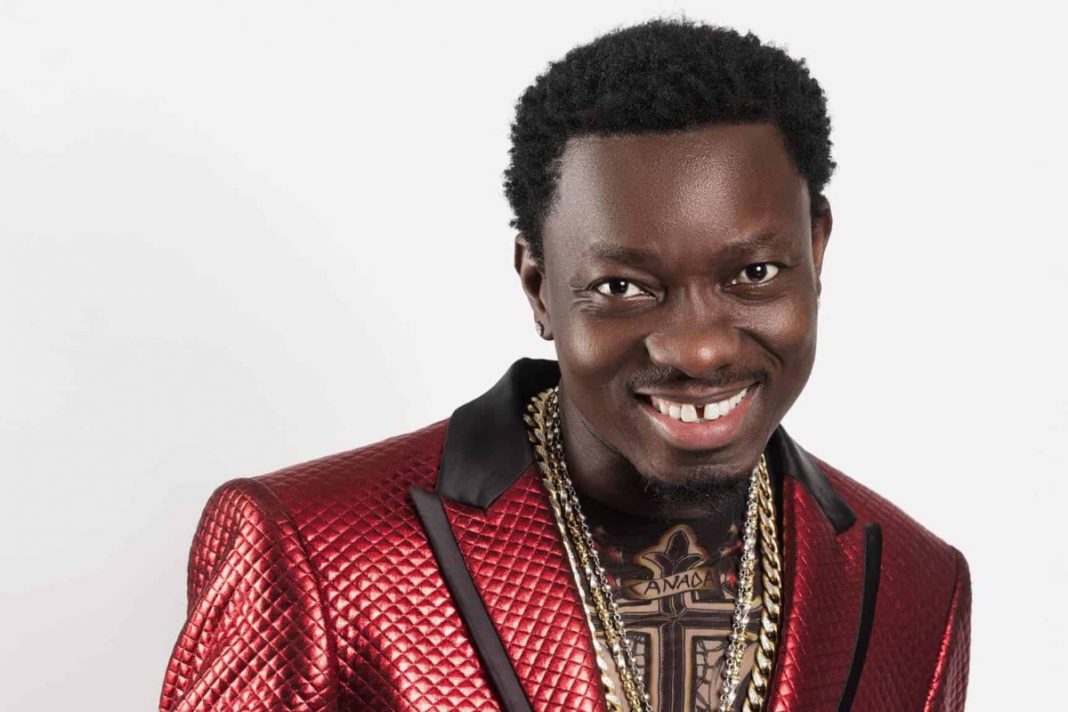 American comedian, Michael Blackson has revealed that the main reason why she became a comedian was that God wanted him to break out of his shell.

Michael Blackson disclosed that he used to be a shy person way back in the 80s because the Whites used to mock Blacks.

READ ALSO: How I Kept S3fa Out Of “Scandals” – D Black Reveals

In his words….”The thing about me being a comedian also made me just open and free just; I don’t even know where this comedy thing came from because I was just a shy kid. Later in life, there’s something imma need to do Mike, you know, that’s where I feel this whole comedy thing came from. Because you know, going to America in the late 80s.”

“It wasn’t an era where you are proud of being a foreigner. You know it was the only very different in America. It wasn’t an era where people were searching for identity. You know, they wanted to be everything; this is gonna be Americans. No, No, No, I have to say the people there, you know people there. They made this; everything foreign that was different, they make fun of. You know, so we were shy foreigners,” he stated.

“You know, I just think this is something God just throw on me like this will be your mission. This is what I am gonna give you, I’m going to take you out of shyness, and I’m gonna open you up, you gonna get people to believe in you, you gonna love you, and but it’s for a bigger cause. Any black person that was foreign that had an accent, just thought you are Jamaican.

“Because there weren’t that many Ghanaians, many Liberians, many Nigerians. You know, so it really made fun of us. You know people were shy, and they didn’t want to say much, but you know, that is what made me. That is why I was very shy. I was like 13, 14, and me by 17 my last share of high school, God started putting this thing in me as you know, imma get you out of shyness cause I have a mission for you,” he stated

“So when I was finally able to make money and buy clothes, I’m like ok, I’m feeling comfortable with myself you know nobody is making fun of me anymore, now let me turn and get these guys back. Let me make fun of them. That is why I started like slowly telling jokes roasted. Kind of roasted back defending myself, you know…I was just happy, you know when I got there, and the kids were teasing me.

“I wanted to leave, but then, when I finally took time to understand these kids, you know. They didn’t know any better; you know what I am saying. I just wanted to be a funny guy, you know. So when I realized then I study America then I became more comfortable, and I started to jab back with words”, he added.

A Plus Recounts How John Mahama Made Sure He & Some NPP Top Gurus Were Safe Even Though They Were Always Bashing Him In...

An Actress Called ‘Tracey’ Will Be Poisoned By Friends