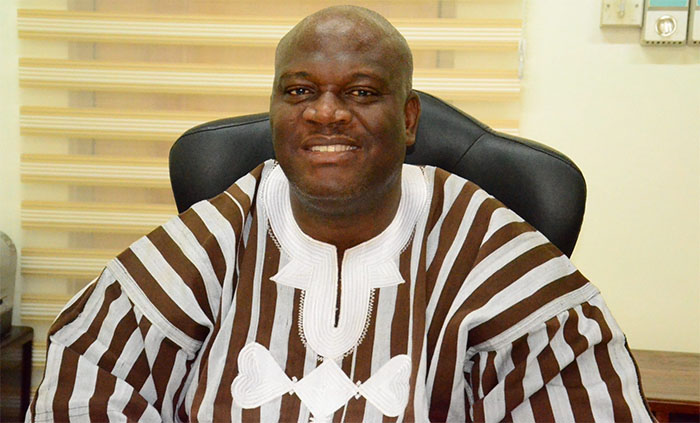 Following the demolition exercise now in its third and last day at the Animal Research Institute (ARI), Frafraha, Accra, scared staff of the institute have been promised a 24/7 protection for the next three months by the Greater Accra Regional Minister Henry Quartey, who also heads the Regional Security Council.

The security cover is to protect the staff of the ARI from possible reprisal attacks from land guards and persons whose illegally built structures were demolished on the land of the ARI.

The minister on Wednesday led a high powered delegation from the Greater Accra Regional Security Council (REGSEC) to carry out a demolition exercise on the said land that saw hundreds of structures razed down.

The minister, at a press conference on Monday, had issued an ultimatum to the land guards as well as residents to vacate the lands within 48 hours.

The team arrived as early as 4am Wednesday morning accompanied by heavy security made up of personnel from the Ghana Armed Forces (GAF), the Ghana Police Service (GPS) and the Ghana Immigration Service (GIS) among others.

Accompanying the team were dozens of bulldozers and caterpillars for the exercise which showed no mercy in razing down the structures illegally occupying the lands.

Some residents were taken by surprise by the time the team arrived at the scene for the exercise, and had to scramble to keep some of their basic effects.

It is worth noting that the total acreage of the said land is 1,330, with only 200 acres fenced by the CSIR-ARI.

The land guards, according to reports, had pre-occupied the 800 acres and still went on to break into the fenced 200 acres and even taken over half of it, bringing the total acreage of land being occupied by the land guards to 900 acres.

This development did not sit well with the minister as he lamented the development saying: “It is sad the way people have the effrontery to encroach upon government lands and build on it.”

Speaking to journalists at the scene, Mr. Quartey intimated that the secured lands would be left for the management of CSIR-ARI to decide what to do with them.

“After securing this place, we are not securing it to go and share it. It is the property of CSIR-ARI. They have the locus. They have the gravitas and they decide what to do with their land.

“We will not come in for Henry Quartey to build. The long and short of it is that we secured it for CSIR; it’s a government property and so shall it be,” he intimated.

On the other 900 acres of land, the minister advised “the landlords association outside the 200 fenced acres, should meet quickly and REGSEC will make recommendations to the Minister for Lands and Natural Resources onward to the seat of government for considerations leading to regularisation of their properties.”

This, he opined, would be a relief for those who have lived there for about 20 to 30 years and not knowing what their fate is.

“I can assure them that we will make strong recommendations for them to be able to regularise, or rather, for their documents to be regularised,” he added.