They really have a tough assignment -Okudzeto Ablakwa 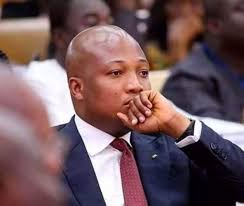 Okudzeto Ablakwa, the Member of Parliament for North Tongu says the Health and Finance Committee who have been assigned to investigate the expenditure of COVID-19 funds presented to parliament yesterday has a tough assignment.

Following the minority’ unacceptance of what Ken Ofori-Atta explained as the expenses made on the money accrued from the covid-19 fund, the honorable Speaker of Parliament, Alban Bagbin, assigned the Finance and Health Committee to probe more though the majority leader, Osri Kyei Mensah-Bonsu wanted the Auditor General to do that.

According to Okudzeto Ablakwa’s tweet this morning, the joint Committee, which comprises of the Health and Finance Committee in parliament won’t have it easy.

Explaining that there were chaos in some parts of the country where food were shared and will therefore be difficult for the Finance Minister to give accurate figures of people they gave food to.

With regards to the above, the MP for North Tongu says the Health and Finance Committee will have a tough time.

We Can’t Identify Them; They Were Crushed: Another Gruesome Accident Kills Over 6 ‘Innocent’ Victims