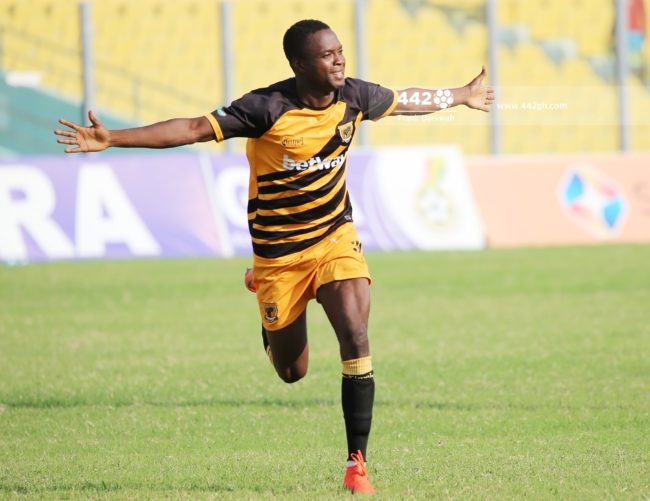 The current winner of the just ended Ghana Premier League top scorer slot, Yaw Annor has reacted to the rumors and news surrounding his transfer links to the Asante Kotoko Football Club. As we all know, there have been numerous reports about the transfer which involves the two sides as Kotoko are very keen in spicing up their team for the African Champions League play off.

With 22 goals, the 24-year-old ended the season as the top scorer. He won the golden boot ahead of Kotoko’s Franck Mbella Etouga and tied Hearts of Oak legend Ishmael Addo’s record for most goals in a single league season. This great statistics about his game has attracted many teams and agents convincing to sign him. Speaking on TV3, Yaw Annor gave an update on his transfer to Kotoko and also expressed his view on the transfer.

“I know that Kotoko will play in Africa (CAF Champions League) and playing in Africa is a big deal for a player. It gives the player a bigger profile. I have played in Africa before. Going to Africa won’t be the main reason for joining Kotoko.” If what they propose is good for us, we will sit down and think about it.

If it’s not good, we will also think about it.

I can’t say for now if I will want to be a Kotoko player or not.