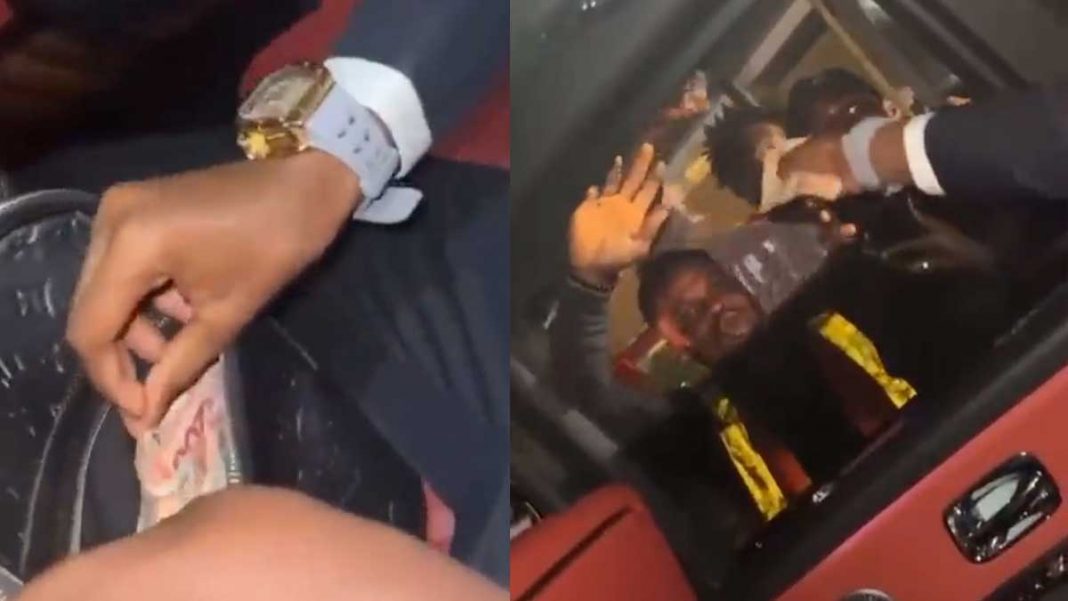 The son of Ghanaian millionaire Freedom Jacob Caesar has taken after his father’s generosity of giving back to the poor in a video going viral on social media.

Nana Kwame Bediako, popularly known as Cheddar’s son was spotted on the streets of East Legon showing some love in a form of giving money to street beggars after the much-publicized GIS Prom Night.

On his way to the house from the Ghana International School Prom Night which has become a topic of discussion on social media, he gave money to some street youths.

When the little kid opened the mirror, the cheering persisted, so he decided to give them money, just like his father.

His prom girlfriend could be heard cheering him on as he took GHS200 from his wallet and presented it to the lads.