WATCH: How China’s Great Green Wall is pushing back the Gobi Desert

My banging body is all natural

Who could take over as UK prime minister? 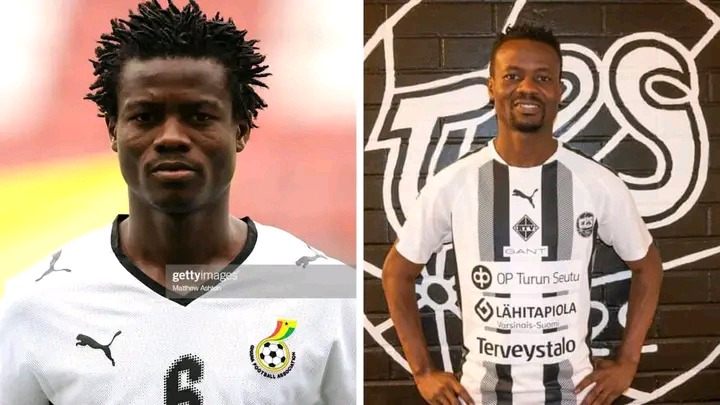 Former Accra Hearts of Oak and Ghana international midfielder Anthony Annan was in excellent form on Wednesday as his Finnish side TPS Turku kept top spot in the ongoing Ykkonen League.

The combative player, saw full action and was rated at 8.0 as TPS Turku won 1-0 away to IF Gnistan to maintain their position on top of the stairs.

TPS Turku are seeking to qualify to the Finnish top-flight league and, they kept that going with this important away win.

This Matchday 10 encounter was played at the Mustapekka Areena in Gnistan as TPS recorded their seventh win of the campaign.

They have 24 points from the 11 matches they have played as they chase qualification to the top-flight league next season.

Annan, has been a constant figure in the TPS Turku side with his experience in the middle of the park helping the side greatly this season.

The former Black Stars player has enjoyed rare reviews throughout the campaign and, is in line for an award at the end of the season.

TPS Turku will next play Japs in another away game on Friday, July 1, 2022 at the Jarvenpaan Keskuskentta where they will look for another three points to boost their hopes of finishing top of the competition at the end of the season.

Annan, will hope to be a part of the matchday squad for this upcoming fixture as they go in search of their eight win of the campaign.

WATCH: How China’s Great Green Wall is pushing back the Gobi Desert

My banging body is all natural

Check Out How To Use Watermelon And Garlic To Prolong The Time With Your Partner Every Night.