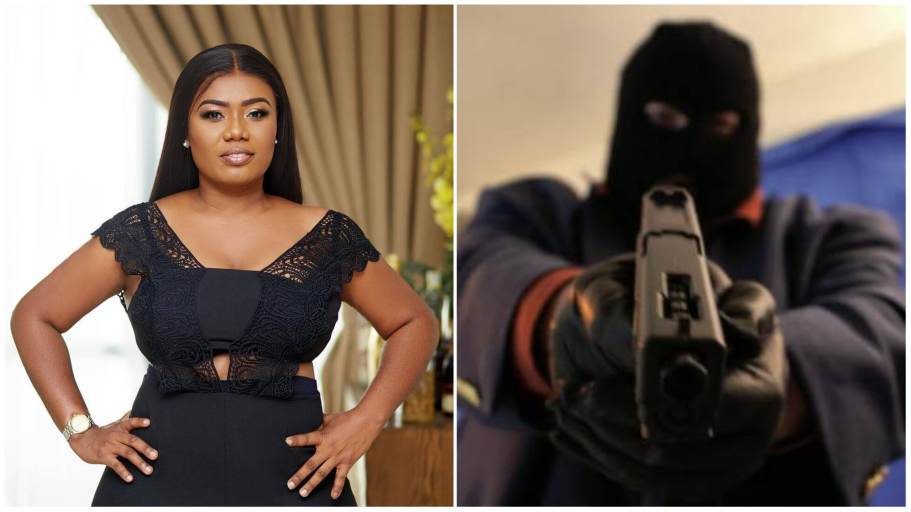 Popular journalist and news anchor on Metro TV Ghana, Bridget Otoo, has disclosed that her shop has been attacked by armed robbers.

According to her, armed men entered her shop, pulled a gun on the attendants and took their phones because they got no cash.

Taking to twitter to announce the incident, she pointed out that her shop has been targeted again.

“Today too, armed robbers have come to my shop to pull a gun on two of my shop attendants. They didn’t get any cash; they took their phones away. Hmmmmm.” 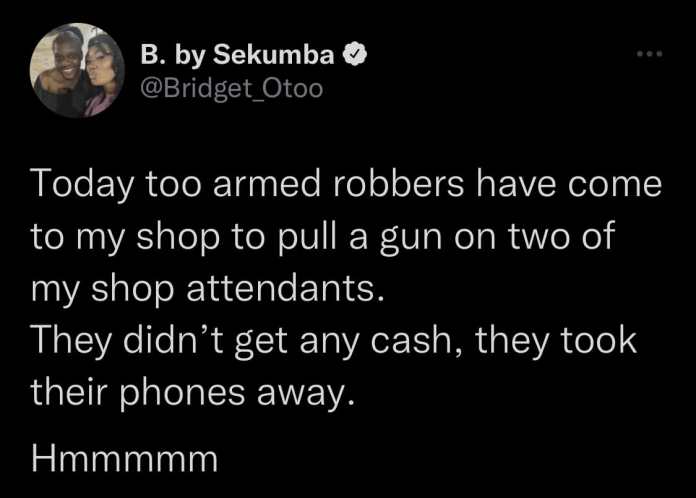 This is the second time her shop has been ransacked by armed robbers.

In September, 2021, Bridget, who works with Accra-based Metro TV and has a cement outlet revealed that she was robbed in broad daylight.

Her post caught the attention of the Ghana Police who she revealed responded swiftly and provided her with the support she needed at the time.

However, in her subsequent revelation today while sharing the news of the new attack, Ms Otoo may have insinuated that nothing was done about the culprits the last time she reported to the Police.

“You would go to the police and report another robbery and nothing happens.” 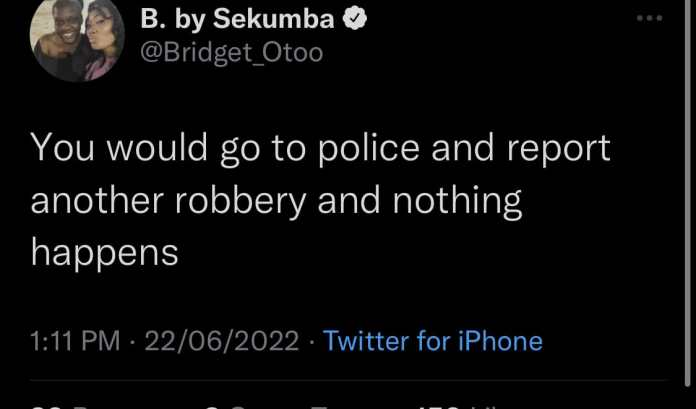 ‘You Can’t Control What Other People Believe About You, Live Your Truth’

“Its Very Wrong For Obaapa Christy To Deny Her Ex-husband Access To Their Children”-Mr. Logic Fumes