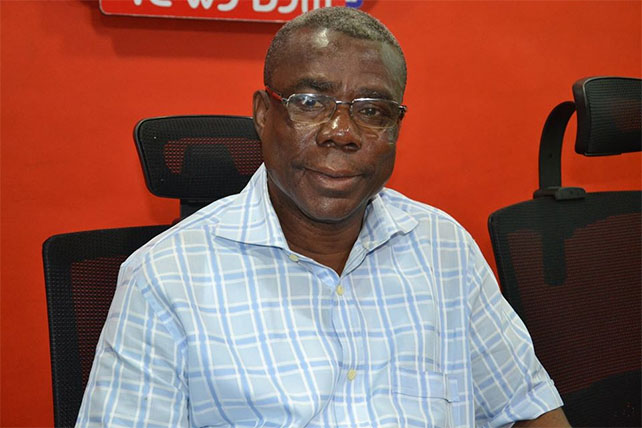 THE NEW Patriotic Party (NPP) is today expected to release the results of aspiring officers who were vetted by its national executive elections committee.

Fifty-one persons submitted their nomination papers before they made their appearance at the vetting committee.

Even before the results are made public today, the fate of one of the aspirants gunning for the position of General Secretary, Ramseyer Agyepong, seems already known, information having it that he has failed to scale through.

With a chequered history of aspiring for top party offices, he is known to have once attempted challenging Dan Botwe at a similar national election, but was told to “go and grow before trying once more.”

The reasons for his failing to scale through the vetting process is for now unknown, but could be as a result of political immaturity as was the case cited earlier.

The vetting process began on Friday, June 17, 2022 with the National Women’s Organiser, Youth Organiser and Nasara Coordinator. It was followed by National Organiser and Treasurer on Saturday, June 18, and those of the Vice or Deputy positions on Sunday.

Scores of members of the party and supporters of the aspirants thronged the regional secretariat of the party at Kokomlemle on Monday to throw their support behind individuals vying for the most coveted positions of General Secretary and National Chairman.

The hearing of appeals from disqualified persons has been fixed for between June 24 and 25, 2022 by the National Appeals Committee.

Some of the aspirants for national chairmanship position spoke to the DAILY GUIDE.

Mr. Abankwah-Yeboah said his chances of becoming the National Chairman of the party were very bright considering how well he was received by delegates across the country. He said the Western North Region where he toured has a lot of supporters for him.

Asamoah Boateng, on his part, described himself as the “the thunder before the rains, and when the thunder strikes, you don’t need to sit outside but to enter your rooms.” He added that his high level of energy and experience in the political administration of the country such as a Minister of Local Government and Environment and Member of Parliament, among others, made him a better National Chairman to lead the NPP to win the 2024 elections.

Akwasi Osei Adjei said having worked in various capacities in the party since its inception as a member of the Young Executive Forum, he played a role in the purchase of the Kokomlemle Greater Accra Regional Office of the party. This, he said, is beside his role as Foreign Affairs Minister in the Kufuor Administration. This, according to him, put him in a better stead to steer the affairs of the party as National Chairman.

Mr. Ayikoi Otoo, a former High Commissioner to Canada said apart from ensuring that the NPP wins the 2024 elections, his priorities would include ensuring that aggrieved individuals within the party utilise the structures of the party to solve internal wrangling instead of resorting to court. He added that he would seek a better way of communicating the various projects of the party and projects embarked upon.