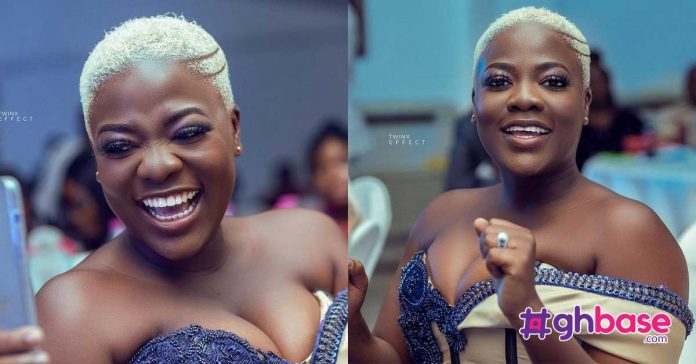 Ghanaian TikToker Asantewaa, has apologized to Ghanaian singers and others who were outraged by her disrespectful statement about song promotion on United last Saturday.

On United on June 18, Asantewaa argued that TikTokers make singers’ songs go viral and not their skill.

She remarked that an artiste’s effect, rather than their knowledge or ability, determines the success of a song.

No musician, according to Asantewaa, can make a song become a hit without them.

“I have always maintained that it doesn’t matter how long you have played your music game. When you make that song, it is not about your craft, you need to get us on board before it can blow. If not, you will be the only person singing the song… We make the song trend,” Asantewaa touted.

Some music fans after her comment chastised her for claiming categorically that she and her colleagues are the ones who make artists’ songs go viral, rather than their skill.

Responding to her critics, Asantewaa whilst speaking on Pulse One on One today said: “I think people are misquoting me, I was there with Wesley Kesse, and Jacqueline Mensah, if you watch the video we were all having fun”.

“You guys know we were all having fun, people don’t even understand the fact that a lot goes into writing music, I am not a musician, I can not sing so if I am talking about promotion, I am not saying you are not as a musician,” she said.