After 47 Years Of Friendship, I Do Not Talk To Nana Addo Again- Former Nana Addo Appointee Reveals 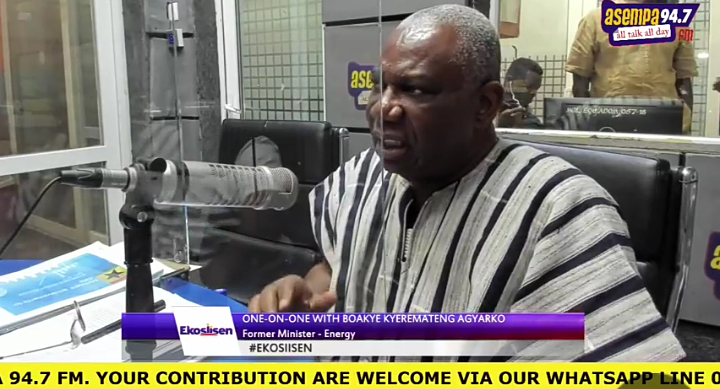 The former Minister of Energy, Boakye Agyarko, who is also a Presidential Hopeful, has broken his silence on his relationship with the President of the land, President Nana Addo Dankwa Akuffo Addo. After the discovery of the Ameeri deal scandal of which he was included, Boakye Agyarko sadly said a goodbye to the Ministry of Energy. Over the years, Boakye Agyarko has been silent and has refused to speak on the matter or prove his innocence by telling his side of the story.

Today, however, he bursted out with some of the truth because according to him, he cannot hold the anger anymore. He firstly revealed that he was no longer in talking terms with President Nana Addo Dankwa Akuffo. He further dropped some teaser on what actually happened and per his narration, it seemed he was innocent.

“If I had spoken then the government would have collapsed… Asante Bediatuo signed the executive approval for the Ameeri nNvation agreement but I won’t go further. The time is coming.”, he revealed.

Manchester United’s Second Singing To Be Unveiled, But Awaits Contract Review By Lawyers

Put garlic inside your pocket and be protected from all evil spirits, accidents and bad lucks