The Agric Minister Had To be Sacked Immediately – Solomon Owusu, NPP Communicator

A member of the NPP’s communications team and an Aide to Alan Kyeremanteng, Solomon Owusu, has stated that the Agriculture Minister, Dr. Owusu Akoto should be sacked immediately for recommending organic fertilizers to farmers at this time of the year.

Solomon Owusu made this statement on ‘Good Morning Africa’ on Pan Africa television yesterday, 16th June, 2022, when he reacted to the recommendations by Dr. Owusu Akoto for farmers to use organic fertilizers.

According to Solomon Owusu, one of the things he’s been advocating for the government and the President to do for the last four years is for him to do a reshuffle in his administration.

“I’ve said it time and number that it cannot be that you had six million plus people voting for the New Patriotic Party, and we have this few people for the last six years ruling this country.”

Solomon Owusu stated that if those appointees who are not performing continue to do what they are doing, we are always going to get the same results. 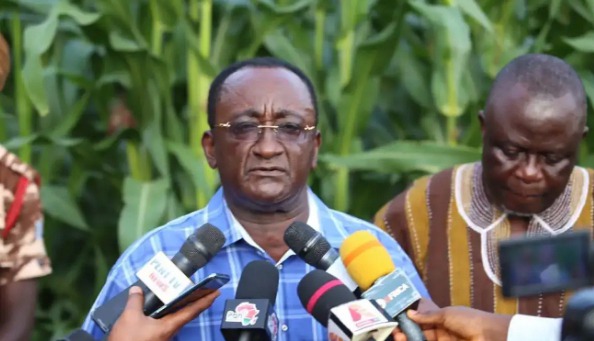 “One of people that had to be sacked immediately is the Agriculture Minister. I mean, you are now going to tell the people to use organic fertilizers? So, since when did you know that organic fertilizer must be developed locally? So, all along, our developmental agenda has been hinged on what others are doing? No, we cannot do that he has to be up and doing, it is not good for us.”

Solomon Owusu indicated that if you are an Agriculture Minister, you ought to know that one of the major component of our crop production is fertilizer and so when he (The Agriculture Minister) is planning, in as much as he will be thinking about the quantum that he will get from outside the country, he must be thinking about local production as well.

Content created and supplied by: Hope360 (via Opera
News )