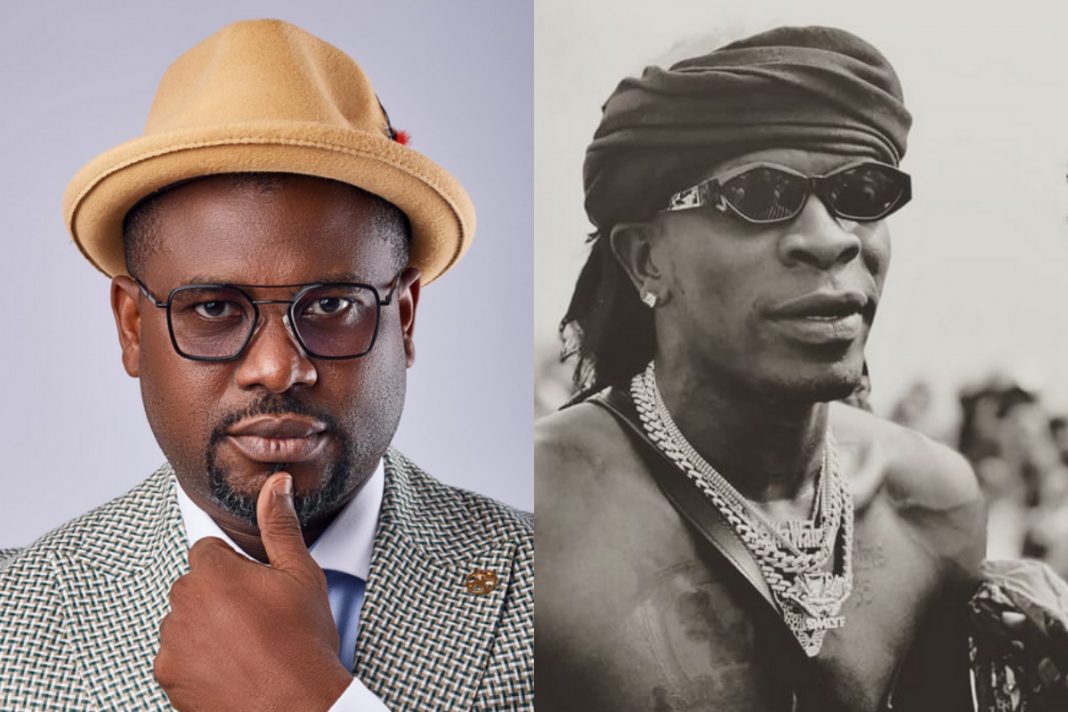 READ ALSO: “It’s Never Been About How Hard I Prayed”-Delay Says As She Opens Up On The Secret To Her Success

According to the Ekwansodwodwo host, Shatta Wale encouraged fans to come out in their numbers to rally behind their favorite musicians without feeling intimidated.

Abeiku Santana also added that Shatta Wale introduced a fan army into the industry, making it easy for fans to see themselves as a family while supporting their favorite acts.

“Shatta Wale encouraged people to come out as a fan army and they saw themselves as family. We need to appreciate Shatta Wale”, he said.

In other news, Ghanaian rapper, Solomon Andu Antwi, widely known in the music scene as Yaa Pono or Ponobiom has revealed that he would like to collaborate with the late dancehall/hiplife crooner, Sonni Balli on a song in his next life.

During an interview with Hammer Nti on Pure FM, the “Obia Wone Master” hitmaker whiles paying tribute to the hiplife legend stated that he would feature him in his next life on earth.

As a reminder, Sonni Balli was reported dead on Thursday 9th June 2022. The musician was said to have passed away after he suffered from a cardiac arrest.

Many Ghanaian musicians like Stonebwoy, Shatta Wale, and Samini took to their social media to pay tribute to the sensational singer while reminiscing his contribution to the Ghana music industry.

Well, Yaa Pono while paying his tribute revealed his intentions to collaborate with the late musician in his next life on Earth.