One Feared Dead, Fifteen Others Injured in A Gory Accident at Asankare 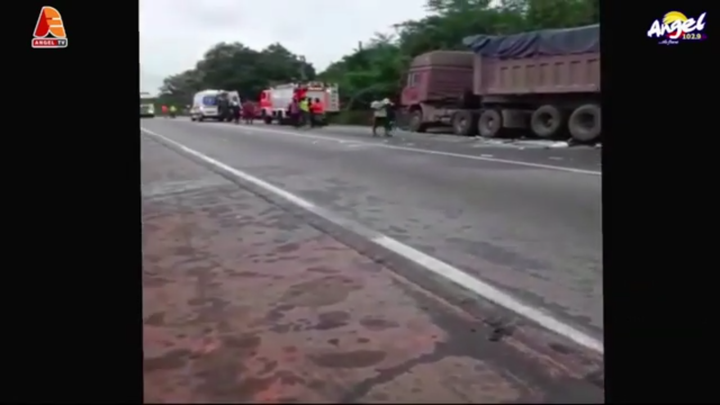 A sad incident reaching Angel Broadcasting Network (ABN) this morning indicates that a VIP bus has crashed into a stationary long vehicle at Asankare in the Ashanti Region.

According to an eyewitness called Kwabena Addo, the VIP bus took off from Accra and was heading to Kumasi in the Ashanti Region.

When the VIP bus driver got to Asankare, he saw a lot of potholes on the road and decided to dodge them.

The VIP bus driver was about to crash with a sprinter bus that was driving opposite the road whiles dodging the potholes.

This made the VIP bus driver change to his lane and finally, he ended up on the chippings.

Unfortunately, there was a stationary long vehicle on the chippings and out of sight, the VIP bus driver crashed into it. 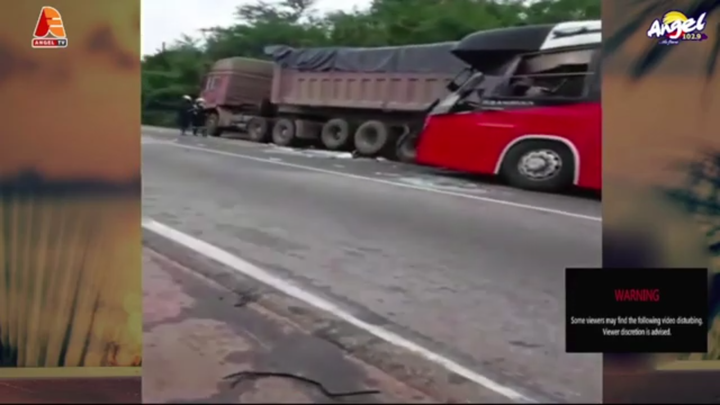 One person on board the VIP bus died immediately after the crash and the other fifteen (15) passengers sustained various degrees of injuries. 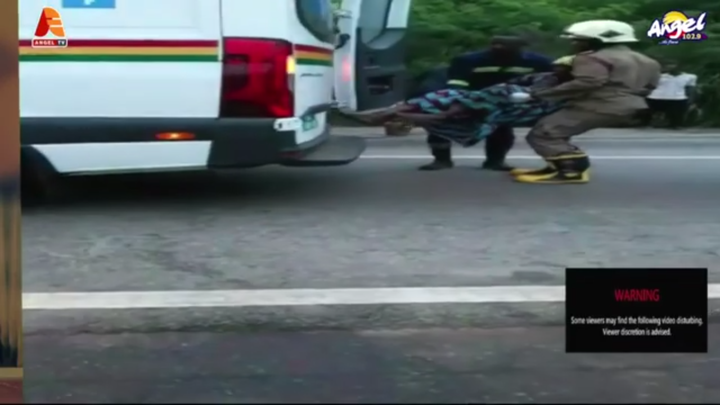 The fifteen (15) injured victims were quickly rushed to the hospital for treatment.

For more details, watch the video below