Massive Reactions As “Love Message” Is Found On A 5 Ghana Cedis Note. 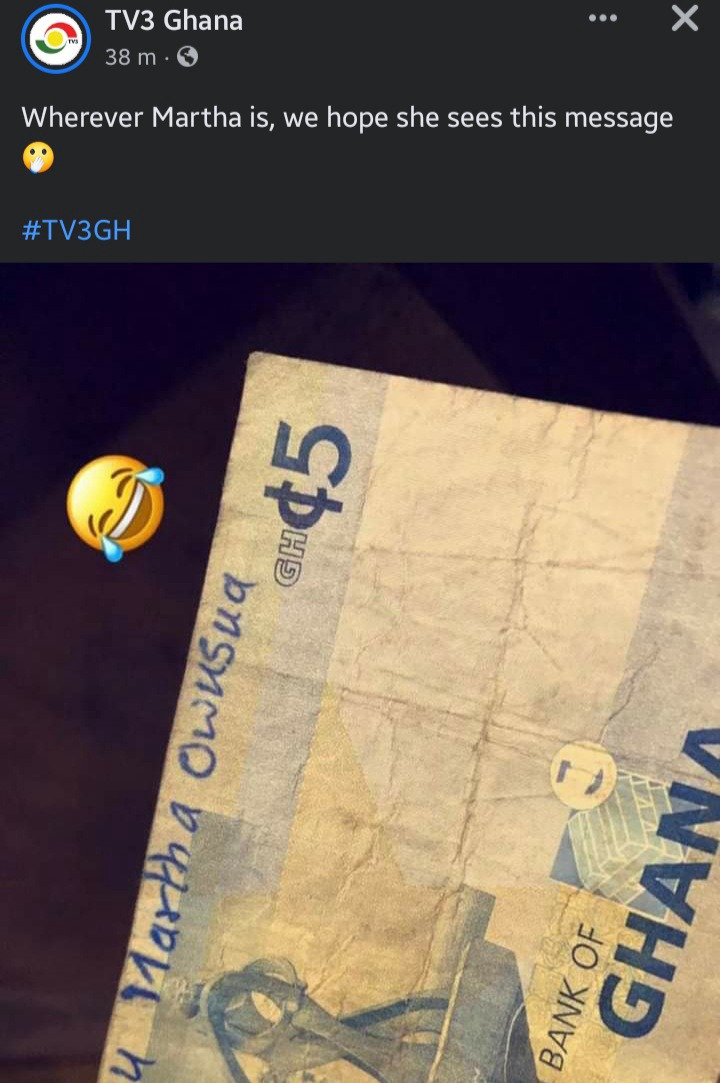 TV3 Ghana has shared on its official Facebook page a morning post that has got a lot of people talking on the social media platform. This post is not entirely novel but has definitely taken another dimension as a middle worn-out five (5) Ghana cedis note was found with a love message boldly written on it.

Don’t be anxious about the form the message took or what it says. Rather the mixed reactions and interpretations that are trooping in are even more interesting and amazing. The convenor of the message tried to relay the most common love language to his beloved. However, people are uncertain if this is out of love or broken heart.

Below is the post by TV3 and captioned as: Wherever Martha is, we hope she sees this message.

Here are some reactions from the public:

“Martha’s heart was worth 5 cedis. Martha wherever you’re, may your story change this year. Nyame be ye wai Obaa Martha,” someone’s interpretation.

“Effects of broken heart, it will reach everybody la. When Martha gave the writer broken heart, the last money on him was the five cedis note so he decided to pen some his feelings,” another person’s thoughts.

“I am confident that this message given to Martha Owusu through this means. The has since gone viral after she used the money. After all, she can’t keep it to herself forever,” someone commented.

“I know the guy who did this. The issue is that the guy presented this note in fresh form to Martha. Martha was supposed to frame this note and keep it as reminder of their love for the rest of her life. But some UK borga snatched Martha from the guy last December and Martha used the symbolic money to visit a public washroom at Mamboi. The rest of the story is what you have here. It’s very sad story. Take heart my guy,” someone narrated the story behind the scene.

The full message was: “I love you Martha Owusu.” 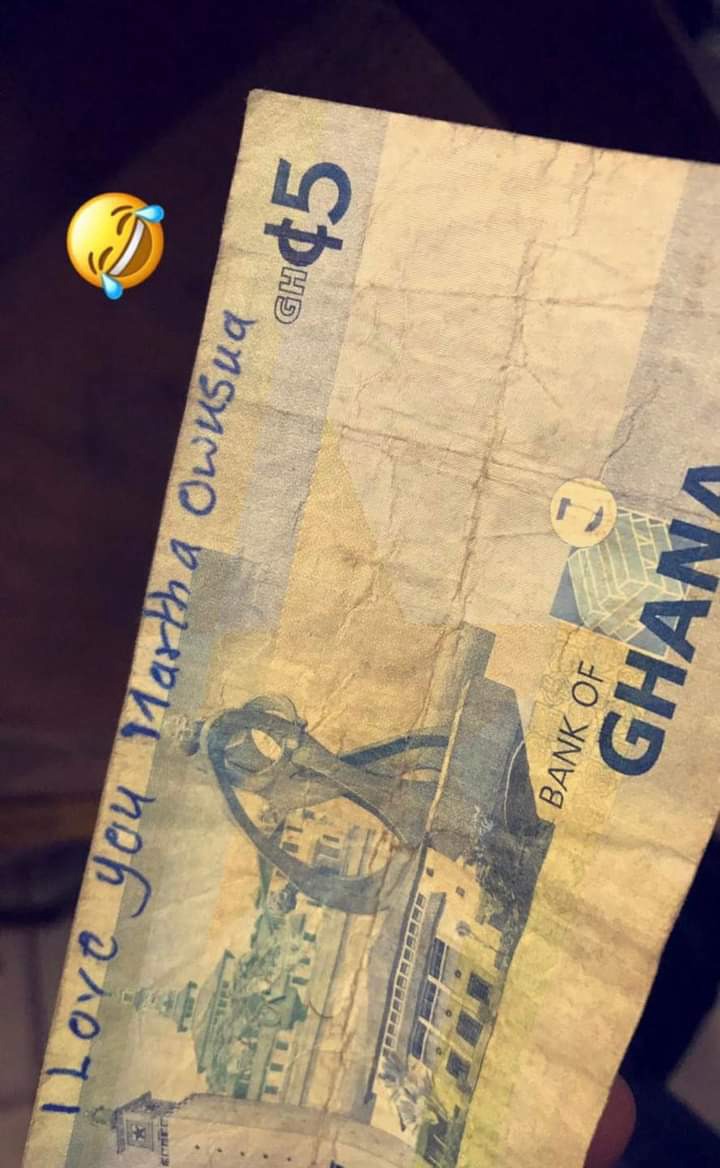