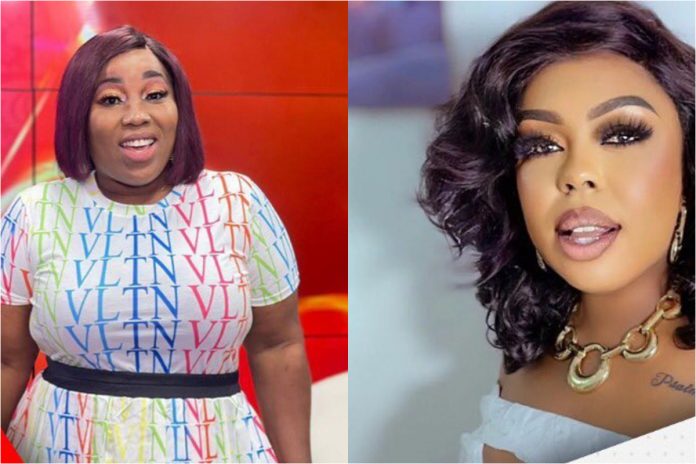 While sharing her perspective on the prevailing fracas between NPPs Bernard Antwi Boasiako (Chairman Wontumi) and Afia Schwarzenegger, TV panellist Cindy Cash has underscored why the beef started in the first place.

In a studio discussion on Onua TV’s Biribi Gyegye Wo show, Cindy Nana Amoakoa aka Cindy cash observed that Afia is causing mayhem because Wontumi refused to give her a job which was given to her arch-enemy, Delay (Deloris Frimpong Manso).

And you decided to campaign against him in the elections. And when it didn’t work, you decide to create a problem between Chairman Wotumi and his wife.”

Speaking further, Cindy Cash said Afia Schwar has no evidence to support her claims that Chairman Wontumi slept with her in court. Cash then said for a woman who sleeps with dogs, certainly Wontumi won’t find her attractive.