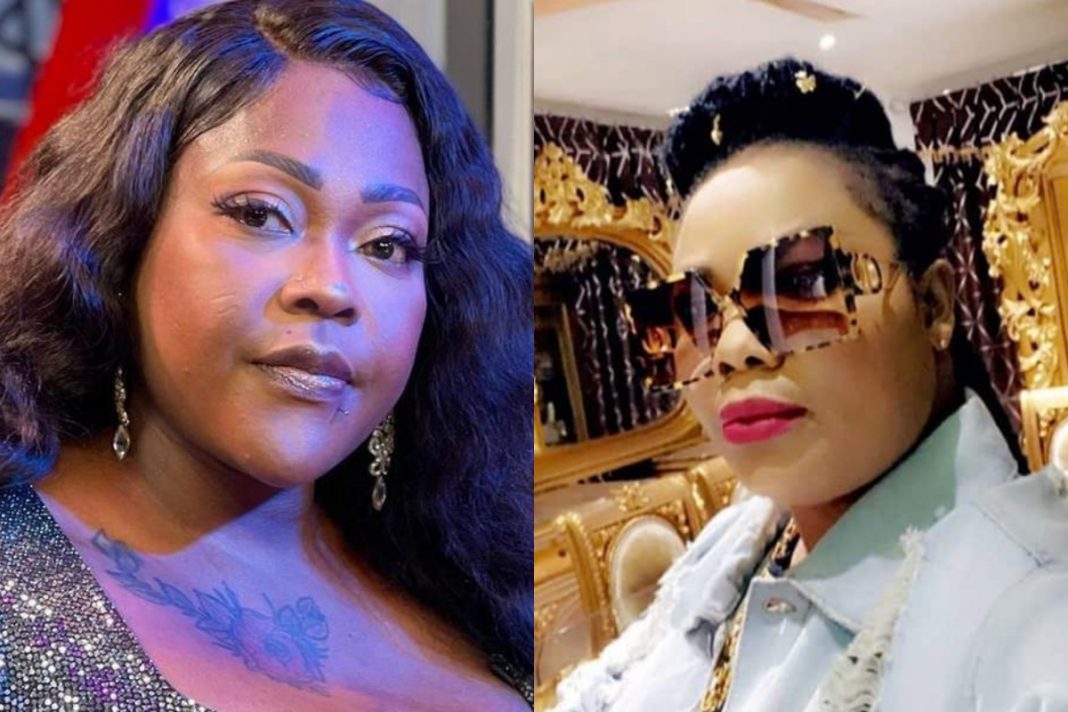 TikTok star Linda Osei has slammed Mona Gucci for being so dumb in begging Nana Agradaa for money with a voice note sent via WhatsApp which has now been leaked online.

Agradaa reportedly leaked the audio sound after Gucci and her panel recently humiliated her relating to her marital issues and church business which is sinking on her TV show.

Linda while weighing in on the foregoing said Gucci is dumb for begging for money using a voice note. In her words, Gucci who claims to be a lawyer and graduated from a prestigious law school abroad should have known better.

Linda said she expected her to be smart and used sound judgement before she went to Agradaa for money. Watch the video below;

Meanwhile, netizens have descended on Kwame A-Plus for defending Afia Schwarzenegger passionately but denigrate other women like Abena Korkor and Feli Nuna.

In the last edition of United on UTV, the subject of Afia and Wontumi’s tussle was dissected and A-Plus unconvincingly threw his weight behind Afia in all facets of the argument.

Furthermore, he said Afia has not been given a fair treatment by Ghanaians as they are always ready to claw her into pieces when she goofs a little yet her former husband is still a free man despite circulating her nude video.

A Plus also noted that a lot of things have gone on in Afia’s life for her to be at the point she is now so he will defend her all the time.

However, his posture has not enthused some netizens who believe he’s a hypocrite and a fool for going after other women when Afia is doing worst. The screenshots below encapsulate their position;