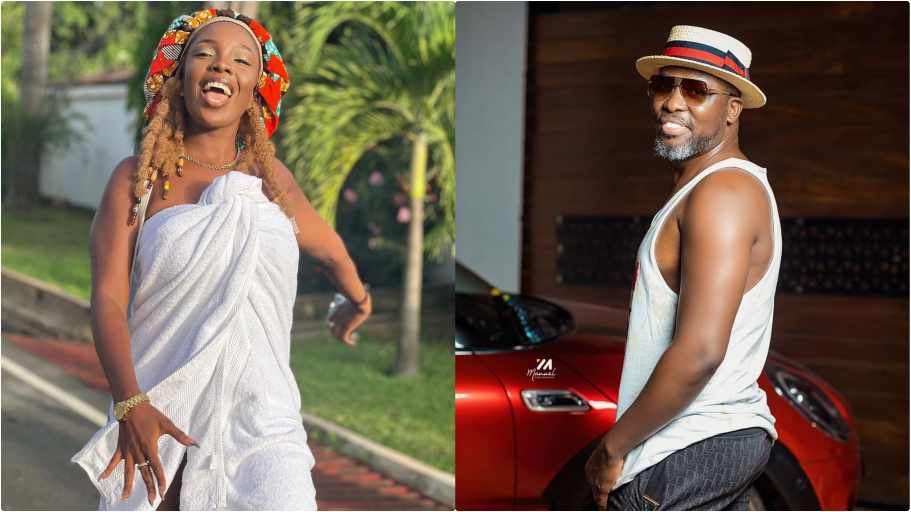 Ghanaian singer Felicia Nuna Akosua Tawiah better known by her stage name Feli Nuna has recorded a diss song titled ‘Investor’ purposely to address Kwame A Plus who has been on her case following their last encounter on UTV.

Feli in an Instagram post on Saturday countered Kwame’s claim that men are above women after the latter once again hit back at her in a Facebook post that alleged that she was a lesbian. He again described her as an unsuccessful musician who hasn’t been able to produce a hit.

Wrapping up the post that seemed to degrade the female vocalist, he sent out a note to Feli that read: “A man is a man! A man and a woman are not the same in anything. Any woman who does not respect men is in a fight with me. Mempɛ gay, mempɛ lesbian. Mempɛ feminists.”

In response the singer also took to her Instagram page to call him out for looking down on women and making her his new target.

“A Plus…A man is a man and a man came from a woman. DON’T EVER FORGET! Ladies let’s gather here Monday 5pm. We have some demons to cast out!!! drop a fire in the comments for dem…EDZO,” she wrote.

The entertainment pundit also claimed that Feli Nuna could not record a hit for her single ‘Towel’ after wearing just numerous towels to interviews all in a bid to promote the song.

READ MORE :A Plus discloses why he will forever support Afia Schwarzenegger [Watch]

It would be recalled that the two personalities traded insults when they clashed on United back in May.

“Your song could not hit after everything I did for you on UTV. Stiiiill even your mother doesn’t know that you have a new song. Ungrateful girl. Madam, your problem is spiritual. Stop running desperately from media house to media house. You should be in a prayer camp casting out demons from your life by now. I’m only posting this to see if I can help you trend. You can also respond. Maybe so 2 by 4 media houses will start talking about you,” parts of the Facebook post read.