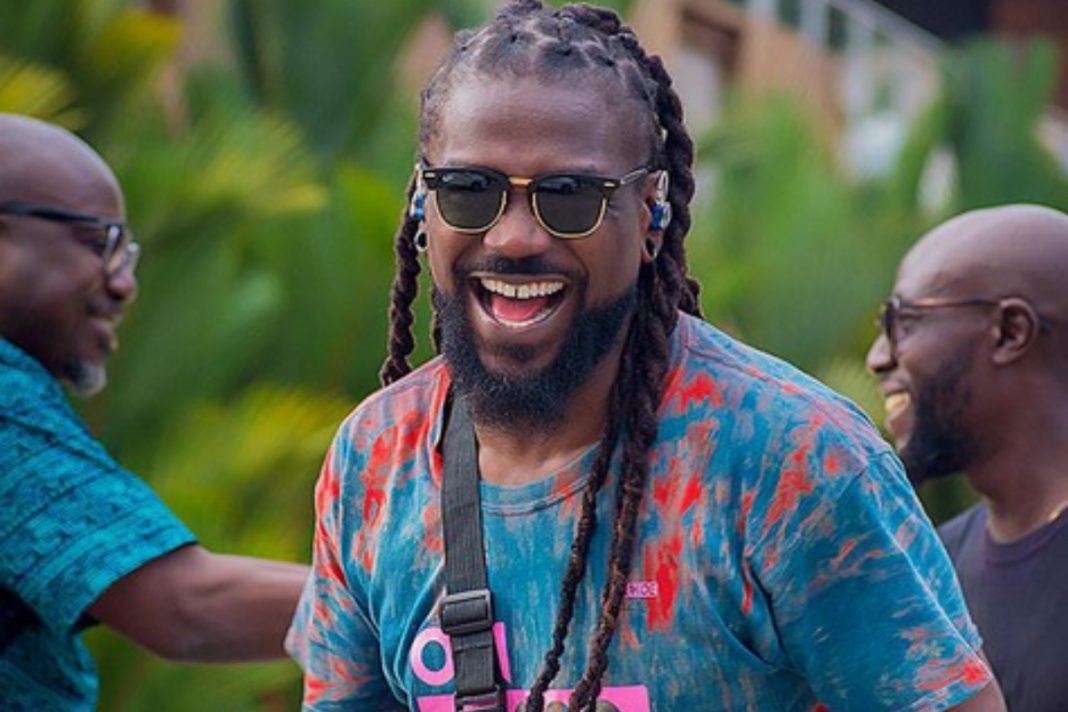 Ace Ghanaian reggae/dancehall musician, Emmanuel Andrew Sammini, widely known as Samini has rendered an apology to a security guard at the University of Ghana, Legon following a recent verbal altercation.

It would be recalled that the singer took to his social media to express his displeasure about how he was restrained from entering the school’s premises simply because he was not in possession of his school card.

Samini was spotted in a viral video berating the security guard for not allowing him sail through despite his plea to be pardoned for leaving his card in one of the cars that he came with to the school’s premises.

However, his video was meted with harsh criticism from some Ghanaians are they scold him for trying to manipulate his access to the school’s premises without his card simply because he is a superstar.

Well, Samini has finally come out to render a sincere apology to the security for distracting him for doing his job, adding that he has been advised by some people about doing the right thing when he arrived at the gate.

He wrote; After my post about the incident at the security-gate I’ve realized majority of you advised that I should have done the right thing.Nothing makes my case right regardless of how many cards I have and how upset I got .#nocardnoentry Apologies to the young man doing his job. 🙏🏾 🙏🏾

In other news, award-winning Ghanaian rapper, Michael Owusu Addo, widely known as Sarkodie is currently devising to bless the speakers of his fans with a new jam after a while of not releasing a single tune.

This comes after many of his fans reached out to him on social media to demand a new song since the rapper has not dropped any project after the release of his #NoPressure Album.

Earlier, he replied to a core fan on Twitter that he is on a one-year-and-a-half break from releasing any jam, hence they would have to wait until somewhere next year before he hits the studio again.

Well, it seems the rapper has finally listened to the plea of his loyal Sark Nation fanbase as he prepares to quench their thirst with a new jam.