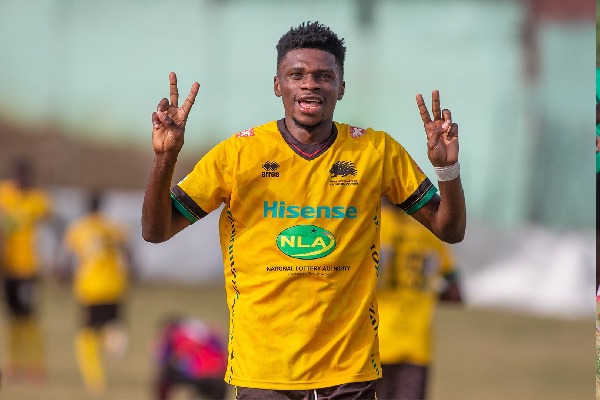 One of the names that has made headlines in the Ghana Premier League this year is the Kotoko Cameroonian international, Frank Mbella.

The Kotoko team have been on a media tour this week in the Ashanti region. The players and management had time to throw more light on their performance and to ask the players some questions as their fans may want to know.

The leading goal scorer of the season, Frank Mbella made some surprising statements that got fans laughing during his interactions. He was asked to name his favorite Ghanaian food and he surprising, he added Banku and Kotodwe to the list though Jollof top his choices

According to Frank Mbella, “My favorite Ghanaian food is Jollof, but I like Banku and Kotodwe as well. I love Ghana Jollof and Kotodwe” he stated.

The media interaction has been interesting but the Kotoko management also want the supporters to join them on Sunday as they are crowned champions over the weekend.

Content created and supplied by: Dolaw (via Opera
News )