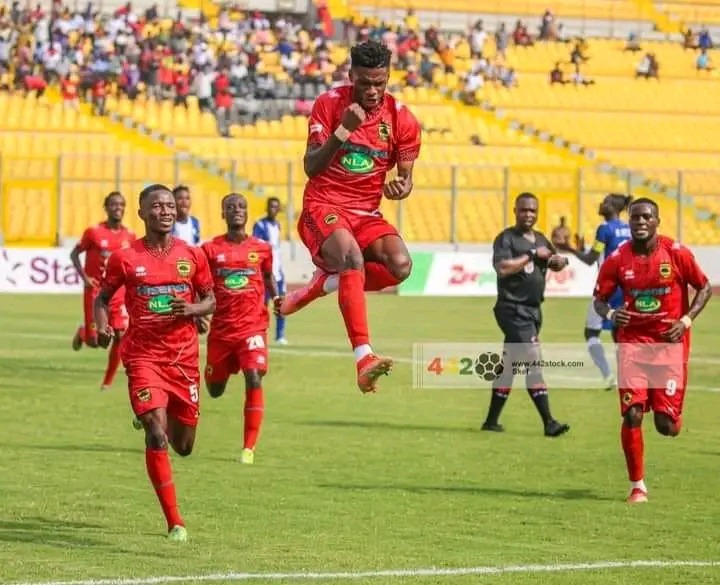 Etouga Mbella, leads the scorers chat with 21 goals going into this weekend’s penultimate round of matches, and, he hopes to add to that number on Sunday.

Asante Kotoko will host bottom side Elmina Sharks at the Baba Yara Stadium in Kumasi in a GPL Matchday 33 game they will be favoured to win.

And, Etouga Mbella hopes to score in this upcoming fixture against the already relegated side as he faces competition for the top scorer award from Yaw Annor of AshantiGold SC.

Annor, has scored 20 goals in the ongoing campaign, and, is in a neck-to-neck race for the award with the Asante Kotoko player.

Etouga Mbella has settled in well with the Porcupines after joining them just before the start of the season and, he has enjoyed rare reviews throughout the campaign.

With two matches to end the season, the striker will look to increase his tally to get the better off Yaw Annor for the goal king award at the end of the campaign.

Etouga Mbella’s goals, was instrumental in helping the Porcupines win the GPL title this season, their first since the campaign of 2013/14.