Patapaa has a talent of making hit songs; he is unique – Flowking Stone 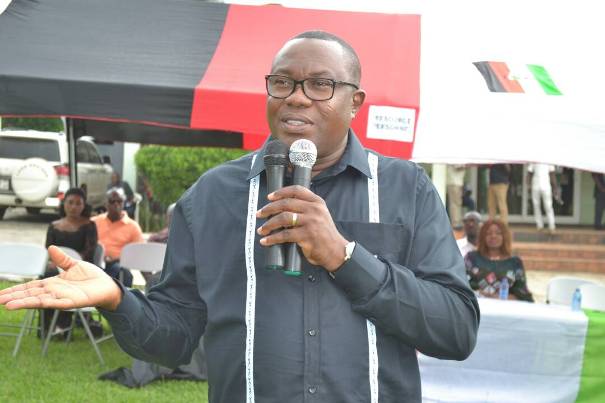 Current leadership is said to have resorted to some dirty maneuvers to undermine the smooth take-off of the ‘Ahotor project’ being sponsored by Dr. Kwabena Duffour, a former Minister of Finance during the Mills/Mahama administration.

However, a statement issued by Johnson Asiedu Nketia on Thursday June 9 clarified that since the time the project was proposed, the Functional Executive Committee (FEC) of the NDC held several meetings with Dr. Duffuor and his team to try to streamline an implementation scheme for the project that will satisfy the intentions of the donor without compromising the rules and principles of the Party.

“A mutually acceptable agreement was reached at our FEC meeting last week, with Dr. Duffuor in attendance pursuant to which we scheduled the presentation of the Ahotor project items to the party for Tuesday, 7th June,2022.

“The event was rescheduled because of certain issues raised subsequent to the final meeting by the donor with aspects of the agreement which required further deliberations and clearance by FEC.

“We wish to further put on record that decision making in NDC is done strictly in accordance with the Party’s constitution and not by the dictates of any individual however highly placed he/she may be.”

The General Secretary said false impression is being created in a section of the media over the stoppage of the scheme.

Patapaa has a talent of making hit songs; he is unique – Flowking Stone