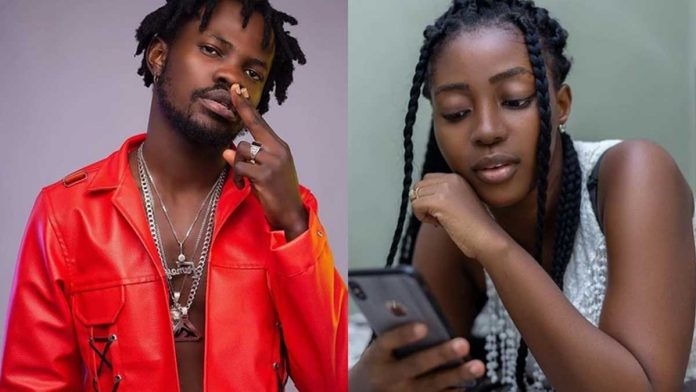 After welcoming two children with his partner, Ghanaian singer, and songwriter, Fameye has announced his aspirations for her.

Bridget Agyemang Boateng, a lovely Ghanaian lady, has been the singer’s girlfriend and the couple, has since managed to keep their relationship covert.

Bridget was first mentioned following the birth of their first kid together who they name Arvid A. Fameye.

In a new social media post about his family, the award-winning Ghanaian musician revealed the gender of his second child when he said ;

“Lol I born 2kids 1man 1pretty woman Proud responsible father !!! Truuuust The next should be marrying thier mother !!!finishing my estate !! Everything I said in that praise song must manifest this year Amen”

According to him, he wants to cap their relationship with a marriage which in his eyes will be what he would do to make the mother of his babies proud.