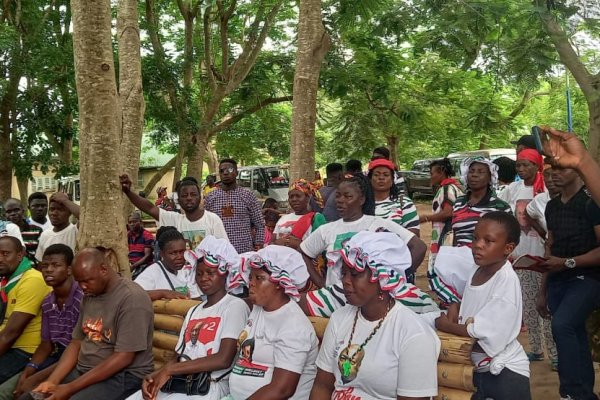 Wli (V/R), June 5, GNA – Mr Bright George Anni Bansah, the Hohoe Constituency Chairman of the National Democratic Congress (NDC), says the Party is working to regain the parliamentary seat it lost in the 2020 general election and expressed its readiness to wrest power in 2024.
Speaking to the Ghana News Agency at Wli in the Volta Region, as part of the Annual June 4 celebrations, he said the NDC had also launched activities to mark its 30th Anniversary.
“June 4 is the foundation of the Party hinging on probity, accountability and social justice,” he said.
Mr Bansah lamented the current economic hardships in the country and said there was the need for change.
He said the Constituency had also used the celebrations as the continuation of the “Rescue Mission,” which began 2020, and that the Wli Community was chosen for the launch because the Party lost a chunk of its votes in the enclave.
He made a clarion call on all members to get on board and work hard to win the 2024 general election and called on those who left to “come back.”