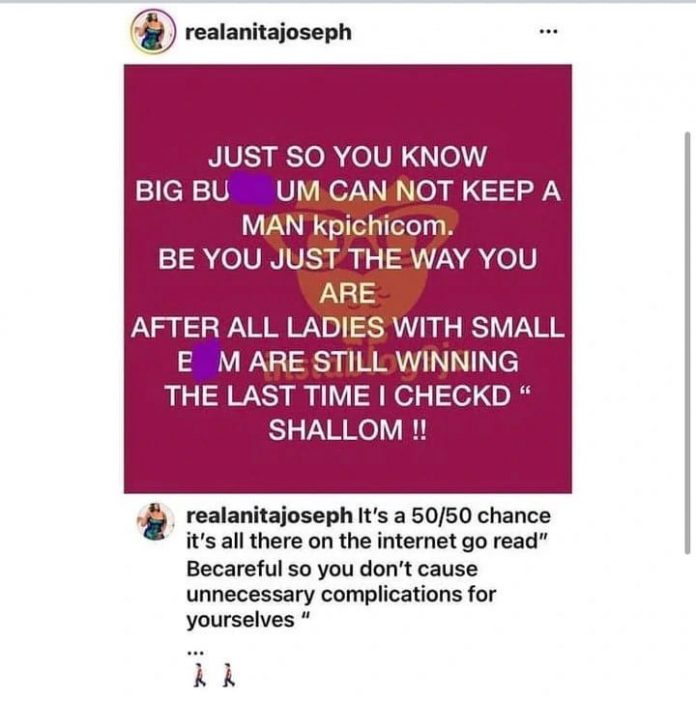 Following the death of popular creator Christabel due to complications from botched plastic surgery, Anita has dished advice to ladies who are ashamed of their bodies. Anita cautioned women who do plastic surgery in order to attract men to desist from it.

According to her, plastic surgery is 50/50 not worth endangering your life for. The deceased lady was a beautiful lady and was successful as well. She paid 3 million for plastic surgery that killed her whilst her mother sells ground nut. Anita insists that a big buttock doesn’t keep a man. 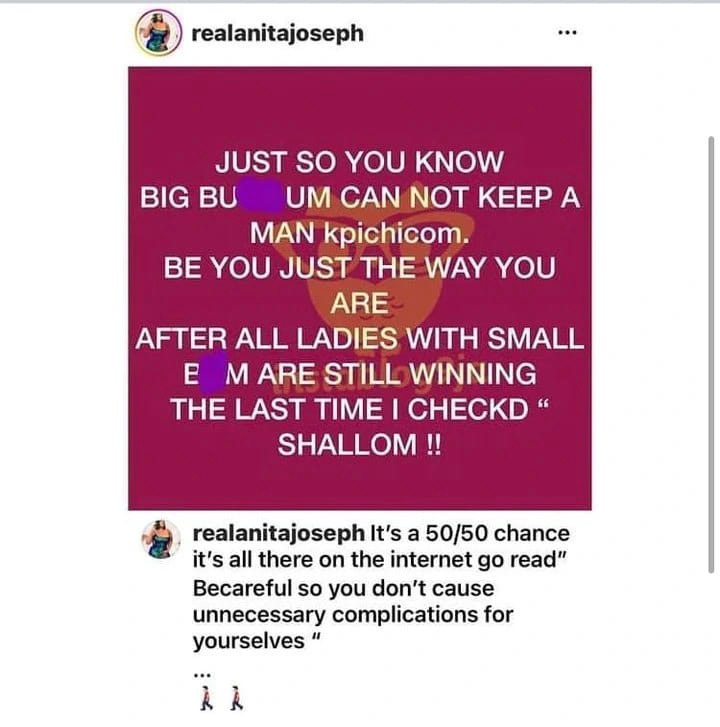 A lady has taken to social media to demand justice for her friend, who she says died after a cosmetic surgeon allegedly operated on her. A lady, identified simply as Crystalbel, has died of button enhancement. The lady paid 3 million for buttock enhancement. Unfortunately, she died during the surgery. 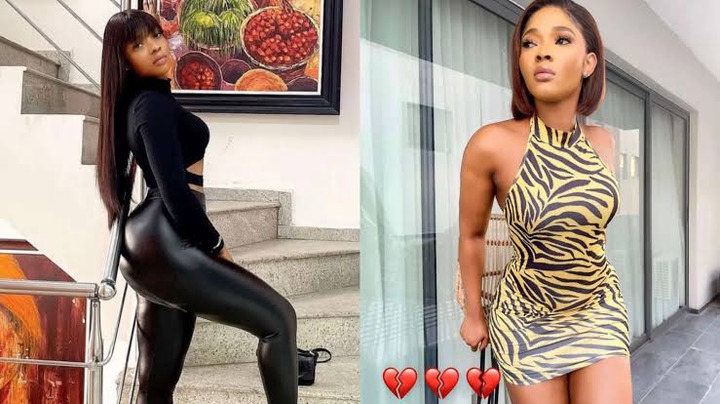 The girl that died from botched plastic surgery.

Reacting to the news, Nollywood star, Anita Joseph took to her timeline to address ladies, telling them to stop seeking validation from other people and desist from getting intimidated by girls with large backside, rather, they should love their God-given body and work on their self esteem. 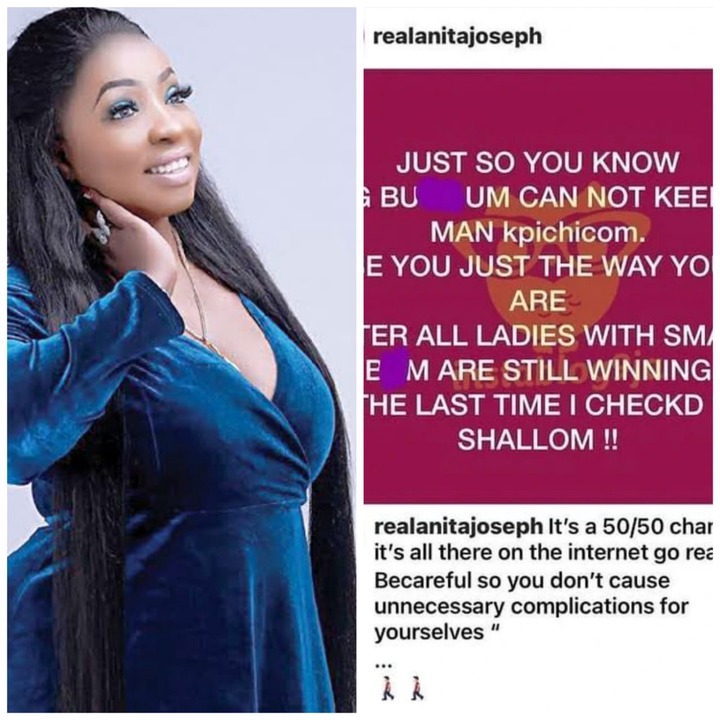 Her friend took to social media to seek justice, reacting to the post. Anita advises women to stop enhancing their bodies to attract men. She claimed big buttocks don’t keep a man, but many women think big buttocks keep a man. Do you agree with her statement?