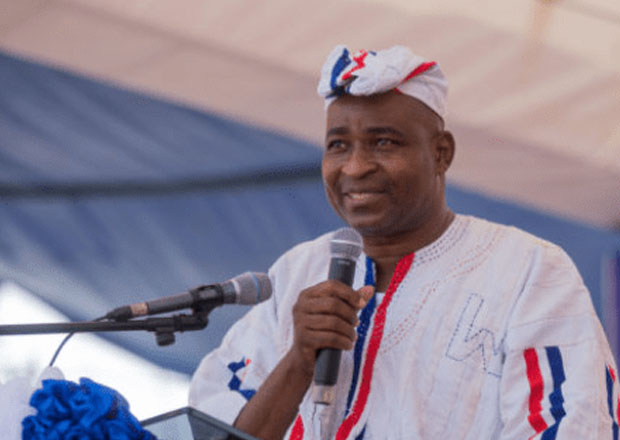 BERNARD ANTWI Boasiako, the re-elected Ashanti Regional Chairman of the New Patriotic Party (NPP), is seeking to hold a breakfast meeting with all the 39 contenders in the just-ended elections on Friday, June 3, 2022.

Oheneba Nana Asiedu, morning show host of Wontumi TV/radio, who announced this on behalf of the chairman, said plans are far advanced for the meeting aimed at fostering peace and unity among the contenders and their supporters.

He said the Friday breakfast event scheduled to be held at the Golden Tulip Hotel in Kumasi will further aim to address pockets of intra-party disputes and acrimonies that characterised the elections.

Wontumi, who beat four other contenders to retain the chairmanship position for the next four years, intends to use the occasion to express gratitude to all of them and to also encourage them to continue to work towards promoting togetherness in the interest of the party.

According to him, the third-time chairman has already hit the ground running as he seeks to build a strong and united front in the quest to pursue the ‘breaking the eight’ agenda of the NPP.

“Now that the party delegates have re-elected Wontumi to lead the party in the Ashanti Region to win 2024 general elections, he appeals to all party supporters to rally behind him as he cannot win the battle ahead alone,” Oheneba Nana Asiedu said.

He said, in Bernard Antwi Boasiako’s quest to give a true meaning to united leadership, he paid a courtesy call on all the regional chairmanship contenders at their residences last Sunday.

The elated Wontumi aide told DAILY GUIDE that his boss was happy and satisfied with the way all the contenders warmly received him at their respective residences, stressing that, “They have all shown maturity.”

He said the internal elections are now over and, therefore, “all party members must come together to ensure that the National Democratic Congress (NDC) remains in opposition.”

He appealed to the supporters of the other candidates to join hands and propagate the good work of Nana Akufo-Addo’s government.

“For the sake of winning power in 2024 and your love for NPP, I call on all party communicators who were on the opposite side to come together and hit the ground running,” he added.

Wontumi polled a total of 464 votes as against that of his closest contender, Chairman Odeneho Kwaku Appiah (COKA), who had 306 votes.