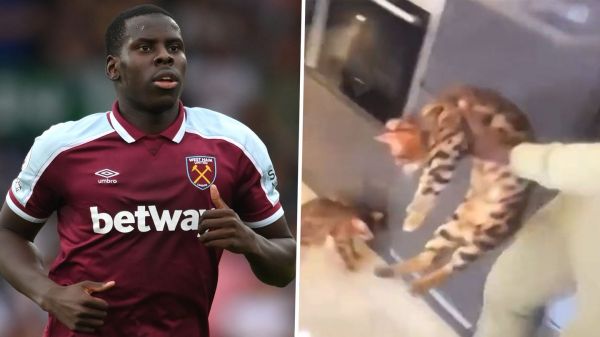 Kurt Zouma has been sentenced to 180 hours of community service after pleading guilty to kicking and slapping a cat.

The West Ham defender was also banned from keeping cats for five years.

Disturbing footage of the incident, filmed at Zouma’s home and posted on Snapchat by his brother, Yoan, emerged in February.

Zouma, 27, admitted two counts of causing unnecessary suffering to a protected animal by kicking it in the abdomen and slapping it on the head at Thames Magistrates’ Court last week.

In the footage, he kicks the Bengal cat across his kitchen before throwing a pair of shoes at it and slapping its head.

His brother, 24, later sent the video to a woman he had been messaging who raised the alarm.

Ms Stevens said the 40-second clip appeared to have been recorded after the cats were blamed for damaging a chair.

“Kurt Zouma is determined to chastise or carry out some sort of retribution for the damage caused,” she said.

Ms Stevens added that the young woman who first saw the footage was so appalled that she cancelled a date with Yoan, saying: “I don’t think hitting a cat like that is OK – don’t bother coming today.”