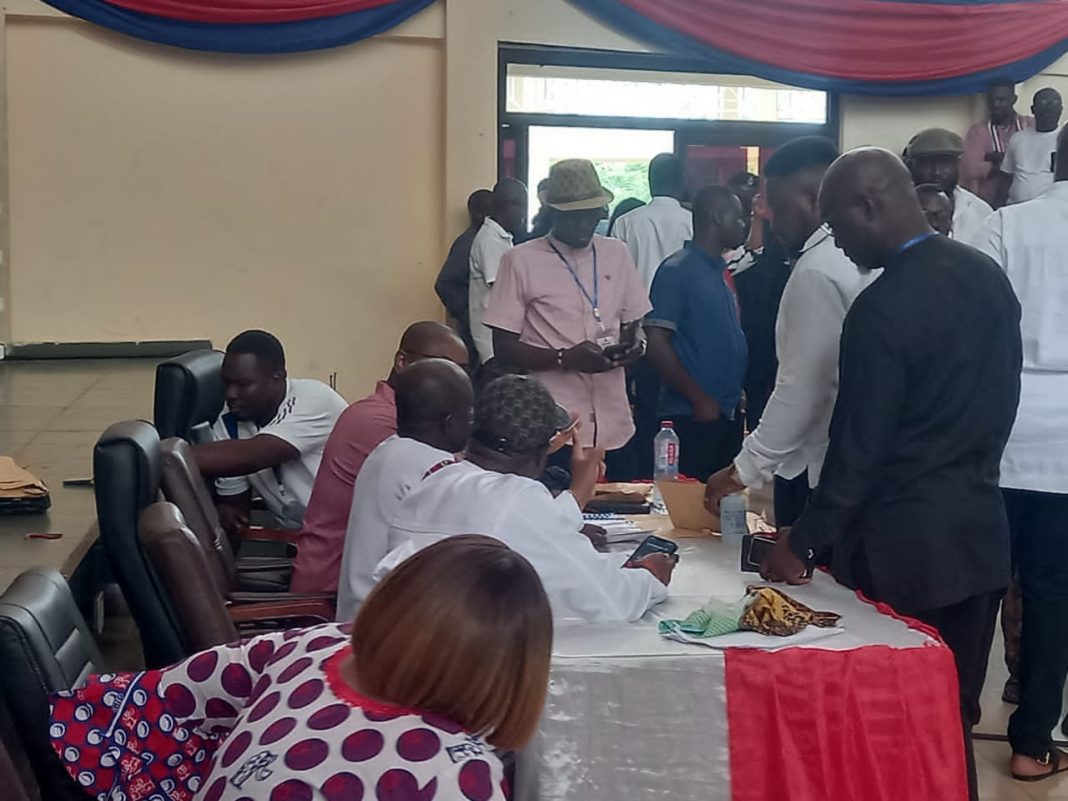 There is uneasy calm at the Auditorium of the Ho Technical University where the New Patriotic Party (NPP) is holding its Volta Regional Delegates Conference.

The Conference which will see the election of new Regional executives has still not started more than five hours after the scheduled time for commencement.

Although party officials have remained tight-lipped some delegates say that the delay is due to some misunderstanding over the register received from the party headquarters.
The Election Committee which had been split in their previous decisions is yet to give the Electoral Commission Officials a go-ahead to commence the process.

Journalists were given 9:00 am as the official commencement of the process, yet as of 2:00 pm, the process has not started.

Members of the Regional Elections Committee have assured the media that all is well, yet observations from their table show, that there is much more than meets the eye.

The Chairman, Kudjoh Attah has assured us that the right thing will be done to ensure fairness to all involved.

The Deputy Regional Electoral Officer, Eric Kofi Dzakpasu declined to comment about the delay. Nonetheless, from observation, he and his 13 other officials seemed ready for the task ahead.