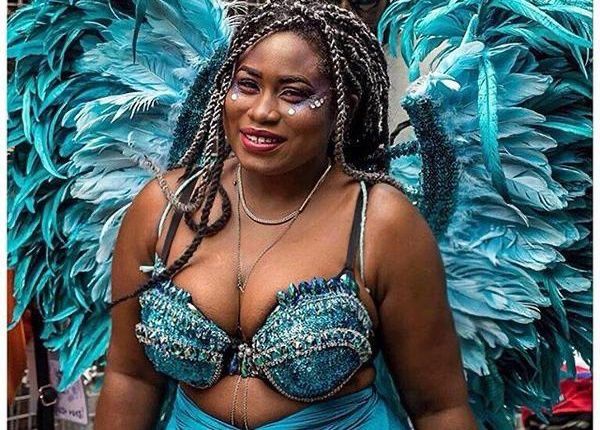 Actress Lydia Forson has given a savage reply to a social media user criticizing her for showing cleavage in a dress she wore telling her ‘all these mad people will be given media space to insult leaders of dignity and the youth will be supporting them, we are sick as a country.’

The actress on Twitter on May 27, 2022, shared a screenshot of the insult with a reply.

According to her, since the critic cared more about her breast than the sick economy and the perennial floods, she wouldn’t mind letting him hang on the nipples should it rain and it gets flooded.

“So, you people care more about my breast than your ailing economy. Eii…If my breast mattered, I’d let you all hang on to my nipple when it floods so you don’t drown.”

In a recent post, Lydia cautioned critics on social media that she is just another ordinary citizen frustrated by the lack of proper governance.

“For the last time; you didn’t elect me into office, I don’t owe you solutions to problems I identify. I am just like every frustrated Ghanaian ranting. If you don’t like the things I have to say, block me,” his tweet dated May 26 read.

The actress has been one of the vocal critics of the Nana Addo Dankwa Akufo-Addo-led government.

From issues to do with the recent economic downturn, increase in the price of fuel and general cost of living and more recently massive flooding across the country, Miss Forson has always given her take via social media platforms.