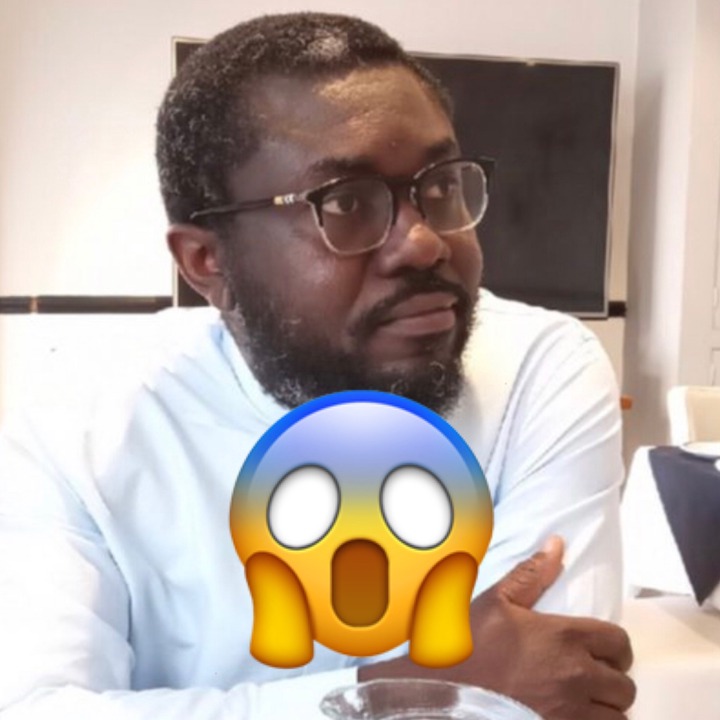 The recent circulating news that has unexpectedly raised lots of concerns amongst Ghanaians aside from breaking lots of hearts was the untimely death of another young lawyer and political activist, Richard Badombie.

The deceased, Richard Badombie was known to be the President of the law student Union and attended the same law school as Oliver Baker Vormawor after he was forced to resign for breaching the union’s constitution.

According to the #Fixthecountry convener, Oliver Baker Vormawor, the deceased was shot dead in the early hours of the morning whilst driving to Jirapa.

Surprisingly, Oliver Baker Vormawor revealed that the young activist and lawyer was the only victim who was unexpectedly shot dead by the unknown assailants when the incident happened hence making the accident quite confusing and fishy.

Below is a look at the recent post by the #Fixthecountry convener, Oliver Baker Vormawor concerning the untimely death of his friend that has caused massive reactions online. 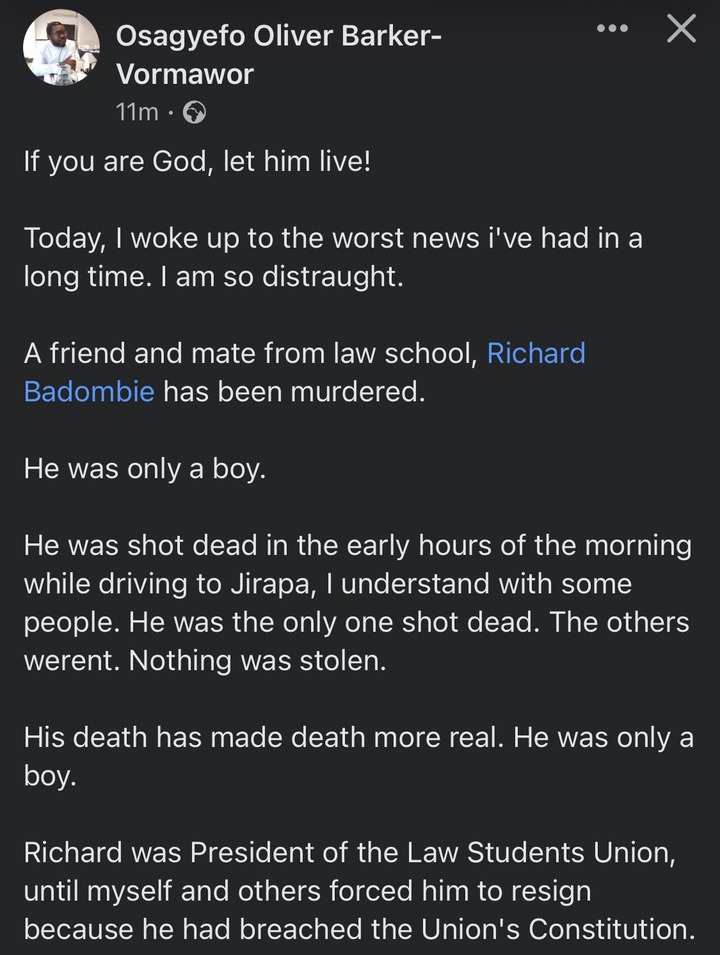 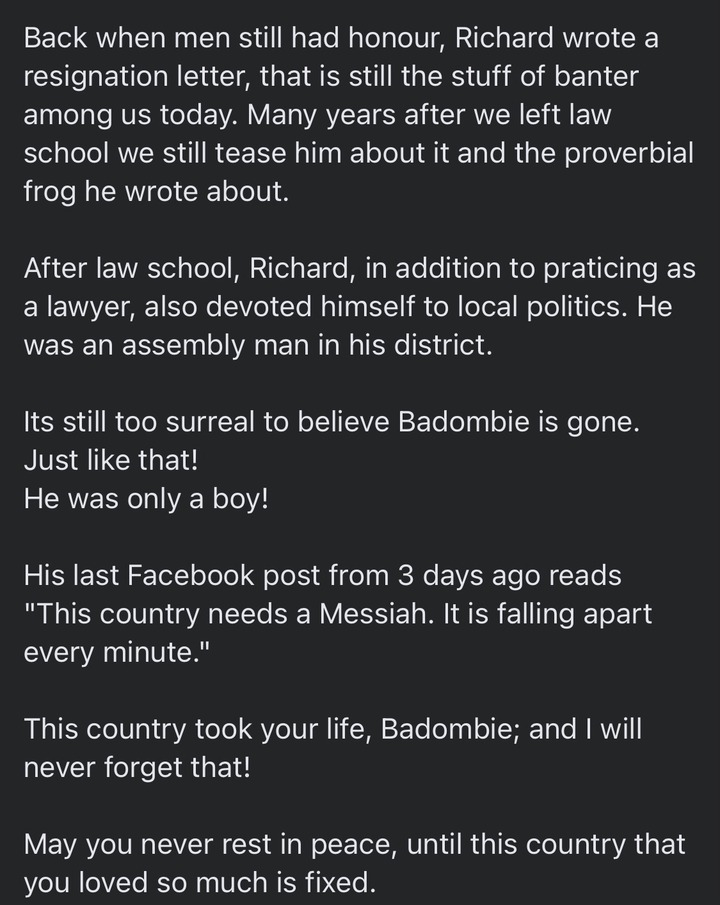 May his soul rest in perfect peace and all condolences go to the entire family and friends.

Do you think that the Richard Badombie’s untimely death was planned as alleged by Oliver Baker Vormawor considering his recent social media post even though most individuals claimed otherwise?

What are your thoughts on the untimely death of the young lawyer and activist that has caused massive reactions online even though most individuals claim otherwise?