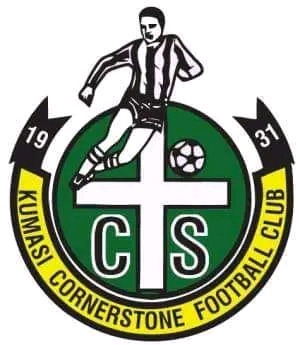 Okwawu United, Kumasi Cornerstones, Cape Coast Venomous Vipers and Sekondi Eleven Wise FC used to compete in the Elite Division of Ghana football, battling for honours with the likes of Asante Kotoko, Accra Hearts of Oak and Great Olympics among others.

Sadly, all four clubs now ply their trade in the third tier of Ghana football having fallen down the pecking order in recent years.

Theirs has been a sad case of mismanagement and the lack of proper football structures that has ensured that these aforementioned clubs keep struggling to compete even at that lower level.

All four clubs are trying desperately to rise up to restore their former glory, but, it has not been a smooth journey as they try to push their way back to the top.

Here’s a look at how the four clubs are faring in their endeavours.

The former Elite Division campaigners now compete in the Eastern Regional Second Division League Zone Six and, the good news for fans of the Soccer Mountaineers is that they are on the threshold of making it to the national Division One League, DOL.

Last season, they missed out on a place in the DOL after losing in the grand finale to Kwaebibirem United in a tense contest.

They will look to make amends this time having drawn valuable lessons from their campaign last term.

The club founded in 1919, is the most followed and supported football club in the Western region of Ghana, but have found themselves playing catch-up in trying to reestablish themselves as a major force in the Ghanaian game.

They won the Ghanaian top-flight league in 1960 and, that is all they can show for as a club having produced some of the most famous players this country can boost off.

Sekondi Eleven Wise compete in the Western regional Second Division League and came close to qualifying to the DOL competition last season but lost to Basake Holy Stars in a final playoff for that slot.

They are hoping to get there this season and this can be possible if they learn from their failure from the previous campaign.

Since suffering relegation from the top-flight in 1990, Cape Coast Venomous Vipers have been struggling to climb up back to the top of the Ghanaian scene.

They compete in the Central regional Second Division League and, faces a tough battle on their hands to rise up to the top again.

They have been in and out of the DOL in recent times, and, they do need to put their house in order to stand in with a chance of getting to the standards they truly deserve.

The 1931 founded club have won the FA Cup in Ghana three times and have also produced some of the most exciting talents that ever graced the green turf in Ghana.

Kumasi Cornerstones are battling to avoid relegation in the Ashanti regional Division Two league and, if they do not get it right, they could find themselves playing in the fourth tier league next season.